James Vince and Mark Stoneman were the toast of England as they ended day three of the second Test against New Zealand sensing their first away victory in two years. 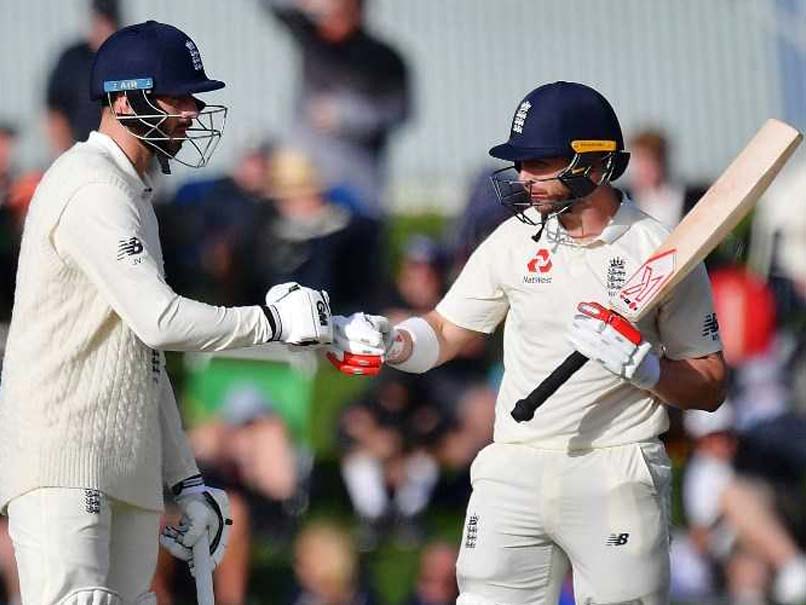 James Vince and Mark Stoneman were the toast of England Sunday as they ended day three of the second Test against New Zealand sensing their first away victory in two years. England, who have not tasted success in their last 12 away Tests, hold a healthy 231-run lead with seven-second innings wickets in hand. "A good couple of sessions (on Monday) and we've got a chance of forcing a win," batting coach Graham Thorpe said with their strong position the result of a 123-run standby Vince and Stoneman for the second wicket.

The pair came together at 24 for one after the loss of Alastair Cook with Vince going on to make 76 and Stoneman his highest score in Tests with 60.

"Both would have loved to have got 100s and gone on, but they will get a good pat from us in the dressing room," Thorpe said.

Joe Root was not out 30 at the end of the day with Dawid Malan on 19 as England ended the day on 202 for three.

BJ Watling, who made 85 in New Zealand's rearguard action to lift their first innings to 278, believed the first session on Monday would likely dictate the outcome.

"We're probably fractionally behind. Obviously, Vince and Stoneman had a really good partnership," he said.

"Tomorrow morning's a massive session in the game. If we can take four or five wickets in that session we can put them under some pressure and obviously if they come through it then they're in control of the game."

Cook went early for 14, continuing a disappointing run for the opener in which he has totalled only 23 in four innings in New Zealand, and has been removed by Trent Boult each time.

But Vince and Stoneman put England's innings back on track, helped by a benign wicket which offered little assistance to the bowlers.

Stoneman, whose previous best was 56 in the third Test against Australia three months back, had an anxious moment on 35 when given out caught behind, but the decision was overturned on review.

On 48 he was dropped by Ross Taylor at first slip and he brought up his 50 with a nick off Tim Southee that sailed just past the outstretched arm of wicketkeeper BJ Watling to the boundary.

But on 60 his luck ran out when he tried beating the cordon once too often and another edge off Southee was pouched by a diving Watling.

Vince went in similar fashion when he nicked Boult to the sole slip Taylor who made no mistake with the second chance to fly his way.

Root and Malan carried England through until bad light stopped play three overs early and will face a further 14 overs on Monday before the new ball is due.

The New Zealand first innings survived nearly 20 overs at the start of the day.

Watling advanced his overnight 77 to 85, Ish Sodhi had a brief stay for one, and Tim Southee made 50 -- his fourth Test half-century.

Neil Wagner and Boult put on a rollicking 39 off 42 deliveries for the last wicket before Boult was out for 16, leaving Wagner unbeaten on 24.

Stuart Broad finished with six for 54, the ninth-best return in his storied 115-Test career, while Anderson took four for 76.

Comments
Topics mentioned in this article
England Cricket Team New Zealand Cricket Team Cricket James Vince
Get the latest updates on IPL 2020, check out the IPL Schedule for 2020 and Indian Premier League (IPL) Cricket live score . Like us on Facebook or follow us on Twitter for more sports updates. You can also download the NDTV Cricket app for Android or iOS.