New Zealand lead the series after taking the first Test in Hamilton by an innings and 52 runs. 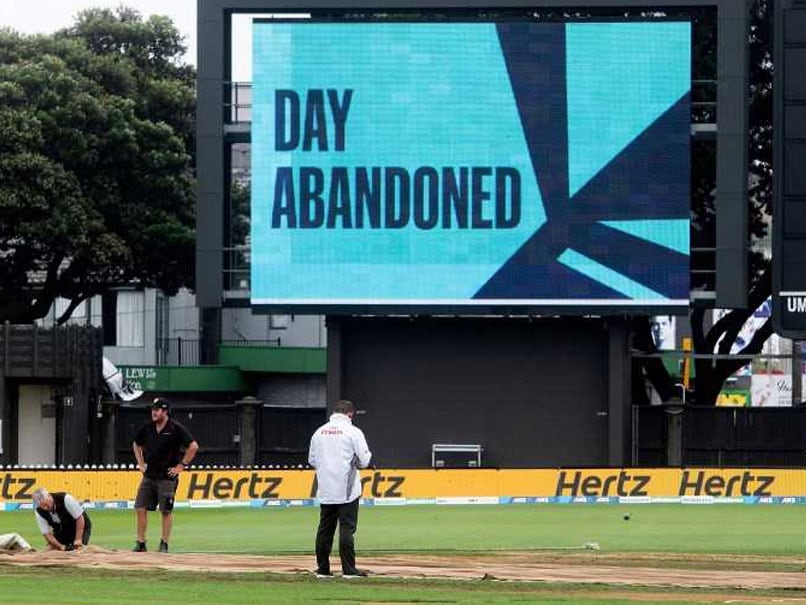 Matches have been abandoned in New Zealand twice before without a ball being bowled.© AFP

Rain delayed the start of the second Test between New Zealand vs Bangladesh in Wellington for the second consecutive day on Saturday. The downpour which had persisted for a day and a half stopped long enough on day two for the covers to be lifted and for the players to start warming up. But as the umpires conducted a pitch inspection, about an hour before an expected start, the drizzle returned, reducing the match to three days at best.

A result in three days is not unheard of in New Zealand.

In 2001, also at the Basin Reserve in Wellington, New Zealand only needed 17 overs on the third day complete a victory over Bangladesh by an innings and 74 runs.

However, if the rain does not clear, matches have been abandoned in New Zealand twice before without a ball being bowled -- against Pakistan in 1989 and India in 1998, both in the southern city of Dunedin.

New Zealand lead the series after taking the first Test in Hamilton by an innings and 52 runs.

The third and final Test starts in Christchurch next Saturday.

Bangladesh Cricket Team New Zealand vs Bangladesh, 2nd Test Cricket
Get the latest updates on IND vs NZ 2021, check out the Schedule and Live Score . Like us on Facebook or follow us on Twitter for more sports updates. You can also download the NDTV Cricket app for Android or iOS.