Mitchell Santner is self-isolating after he "woke up with a head-cold", New Zealand Cricket said in a statement ahead of the 3rd T20I vs Australia. 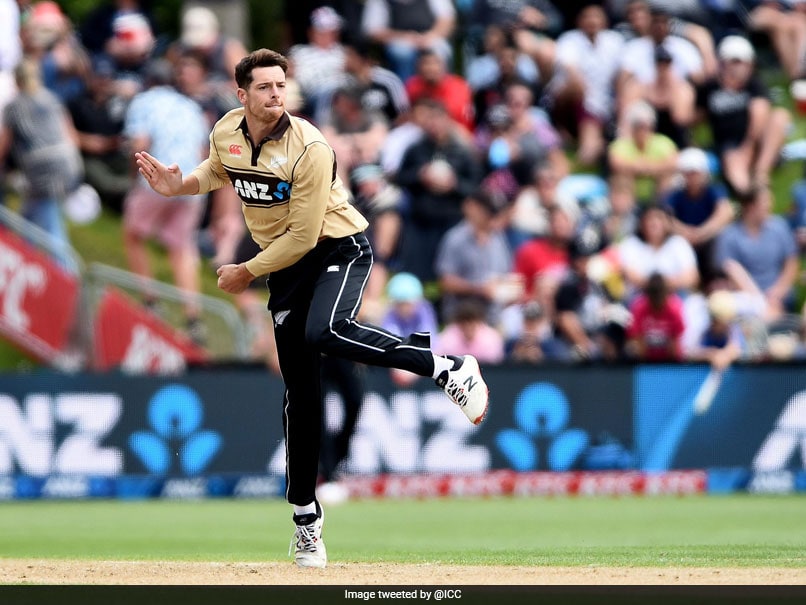 Ahead of the third T20I against Australia, New Zealand spinner Mitchell Santner has been ruled out of Wednesday's clash after "waking up this morning with a head-cold". "He is self-isolating as a precautionary measure while awaiting the results of a COVID test," New Zealand Cricket said in a statement. "Wellington-based Adam Milne will join the team for today's match at Sky Stadium as squad cover," it added. Santner returned with the figures of 4-31 in the second T20I that New Zealand won by four runs.

The hosts are currently leading the five-match series 2-0 after outclassing Aussies in the first two games.

On Monday, NZC had announced that the final T20I between New Zealand and Australia will be shifted to Wellington from Bay Oval.

Australia are set to make a few changes in the upcoming third T20I of the five-match series, assistant coach Andrew McDonald confirmed on Tuesday.

Wellington's Sky Stadium will be hosting the final three T20Is between Australia and New Zealand and the visitors are likely to include Ashton Turner or D'Arcy Short in their starting XI.

All-rounder Ashton Agar may be left out of the team as he has conceded 50 runs from five overs bowled in the first two T20Is against New Zealand.

"We haven't got those middle overs right. That may be a reason for us to reinforce that area or make some changes that potentially strengthen that area with both bat and ball. They've played spin well at this stage. Agar has played two games in the last three and a half months as well so he's going to be better every game that he plays," cricket.com.au had quoted McDonald as saying.

"Zampa at this stage hasn't gotten into the games but his quality over the last two years suggests that the next game he probably will have an impact. It is an area that we do need to improve in if we're going to compete and beat this Kiwi side," he had added.

Mitchell Santner Cricket
Get the latest updates on IPL 2021, check out the IPL 2021 Schedule and Indian Premier League Live Score . Like us on Facebook or follow us on Twitter for more sports updates. You can also download the NDTV Cricket app for Android or iOS.