New Zealand's tour to Zimbabwe appears uncertain after demonstrators clashed with police during protests over the poor health of the economy. 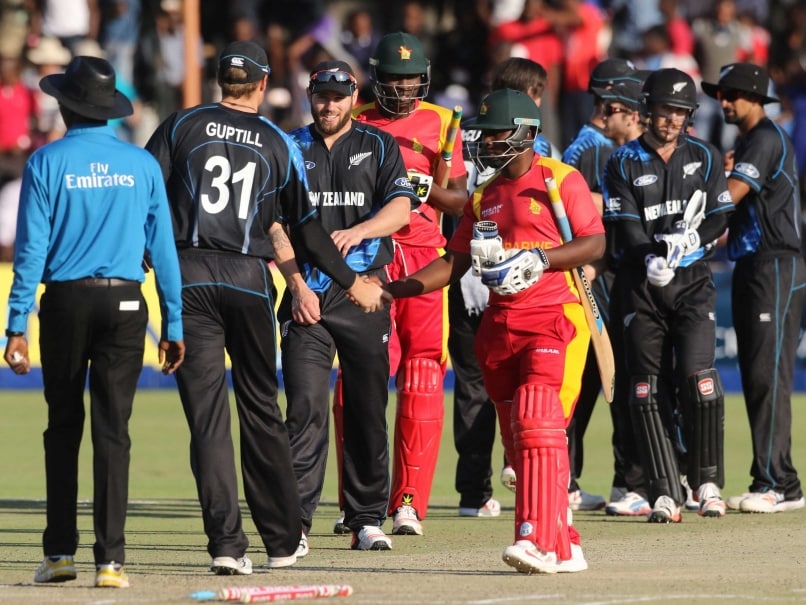 New Zealand last played Zimbabwe in a three-match ODI series in 2015 which they won 2-1.© AFP

New Zealand Cricket says it is monitoring outbreaks of civil unrest in Zimbabwe ahead of the national team's scheduled tour there later this month.

The team is due to leave New Zealand on Monday for Pretoria, South Africa for a training camp before flying on to the Zimbabwe capital, Harare, on July 20.

New Zealand and Zimbabwe will meet in Test matches at Bulawayo beginning on July 29 and Aug. 6.

A spokesman for New Zealand Cricket said it will continue to monitor the situation during the team's stay in South Africa. Workers in Zimbabwe are striking and police have clashed with demonstrators during protests over the nation's economy.

Comments
Topics mentioned in this article
New Zealand Cricket Team Zimbabwe Cricket Team Cricket
Get the latest updates on ICC T20 Worldcup 2022, check out the Schedule and Live Score. Like us on Facebook or follow us on Twitter for more sports updates. You can also download the NDTV Cricket app for Android or iOS.