New Zealand are expecting a more rigorous workout when the one-day series against Pakistan begins in Wellington on Saturday. 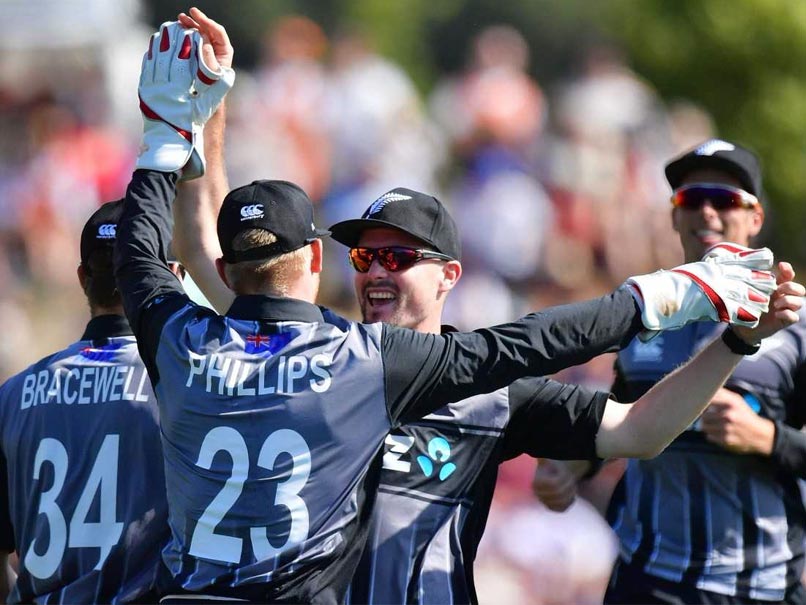 Having walloped the West Indies without raising a sweat, New Zealand are expecting a more rigorous workout when the one-day series against Pakistan begins in Wellington on Saturday. Pakistan are on a nine-match winning streak, which includes winning the ICC Champions Trophy and in their one warm-up game, they scored an impressive 341-9 against a New Zealand XI with unbeaten centuries to openers Fakhar Zaman and Azhar Ali. They then rolled the New Zealand side for 221 with Shadab Khan taking four wickets. New Zealand dominated the West Indies in every game of their tour, but coach Mike Hesson was wary of the Pakistan threat.

"They're as good a bowling attack as there is going around in world cricket at the moment. Certainly very varied. They've got wrist spinners, finger spinners, and left and right arm quicks," Hesson said.

"They've got some very good performers and from a batting point of view they're experienced."

But they will have to adjust to New Zealand conditions with overnight rain forecast and strong southerly winds during the day, which could pose problems for top-order batsmen Fakhar Zaman, Azhar Ali and Babar Azam.

Fakhar, who averages 44.44 from nine ODIs, "has had a great start to his international career but has never toured New Zealand, so there will be challenges adapting to different conditions," said New Zealand quick Tim Southee.

On the Basin Reserve wicket and with the prospect of inclement weather, New Zealand can be expected to unleash the short ball that proved a valuable tool against the West Indies.

But Hesson said they had to pick their moments.

"Against any side, you've got to use your bouncer wisely and if you bowl good ones then that helps," the coach said.

"It's certainly not a matter of a bouncer barrage, it's just a matter of using it wisely and what you follow it up with is equally important.

"Both sides have got some genuine quicksand I'm pretty sure there will be some good grass on (the wicket) with the forecast."

But they do have the world's top-ranked ODI bowler Hasan Ali and captain Sarfraz Ahmed said morale was high after beating India by 180 runs in the Champions Trophy final.

"Our players got a boost. We've continued the same way since with just the odd changes, so it gives us a proper chance of having a decent team at the 2019 World Cup.

"People at home were happy and excited. It was a long time since we'd beaten India, so there were lots of congratulations from the Prime Minister down."

Pakistan have since swept a five-match series against Sri Lanka although their recent record against New Zealand is not that impressive.

Over the past three years, they have been beaten 2-0 in two separate series and lost a home series to New Zealand in the United Arab Emirates 3-2.

Comments
Topics mentioned in this article
Pakistan Cricket Team Cricket New Zealand Cricket Team
Get the latest updates on ICC T20 Worldcup 2022 and CWG 2022 check out the Schedule, Live Score and Medals Tally. Like us on Facebook or follow us on Twitter for more sports updates. You can also download the NDTV Cricket app for Android or iOS.