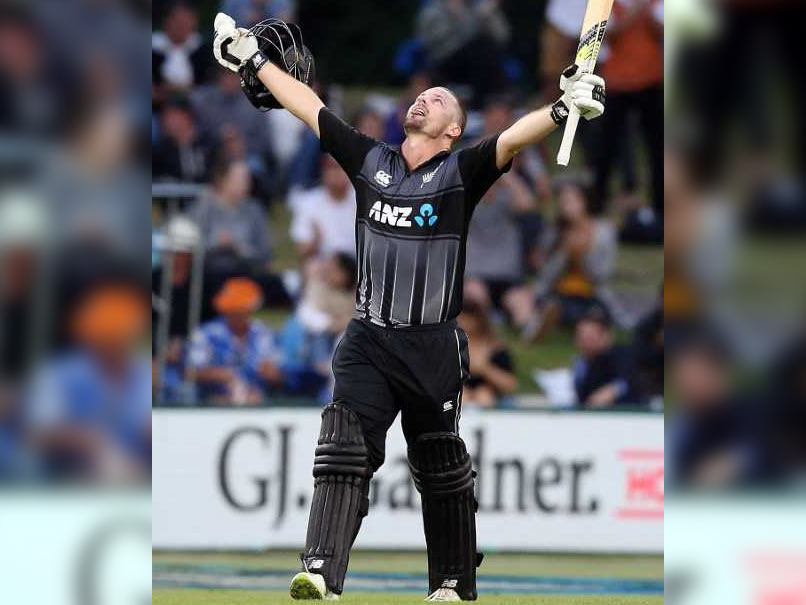 Colin Munro smashed his way into the record books as New Zealand crushed the West Indiesby 119 runs in the final Twenty20 at Mount Maunganui on Wednesday to sweep the series. Munro, with a rollicking 104 off 53 deliveries, became the first player to hit three centuries in international Twenty20 cricket as New Zealand posted an imposing 243 for five, their highest Twenty20total. The West Indies reply began disastrously with openers Chadwick Walton and Chris Gayle out without scoring in Tim Southee's opening over.

Their innings folded at 124 for nine in 16.3 overs with Shai Hope unable to bat after being injured while fielding.

It ended a disappointing tour for the West Indies with New Zealand winning both Tests, the three one-day internationals and two Twenty20s with one match washed out.

With the West Indies two down for one run after five balls, Andre Fletcher did his best to rebuild the innings and ensured the tourists kept up with New Zealand's run rate for the first eight overs.

But the introduction of spin saw Fletcher's innings come to an end. He was bowled by Ish Sodhi for 46, and the momentum fizzled.

From 80 for four after eight overs, the last five West Indies wickets fell for 44 runs in 51 balls.

Munro was in majestic form as he blasted away at the top of the New Zealand innings.

With previous centuries against India and Bangladesh, he moved ahead of a group of four players, including Gayle, who have two international T20 centuries.

Munro and Martin Guptill gave New Zealand a flying start to their innings with a century partnership.

It was a timely return to form for Guptill with 63 off 38 balls after struggling against the West Indies earlier in the series.

Rayad Emrit, selected to make his T20 debut two months short of his 37th birthday, celebrated by breaking the New Zealand opening stand when he had Guptill caught behind.

Munro lasted until the first ball of the last over when he drove a Carlos Brathwaite full toss straight to Shimron Hetmyer at long on.

Comments
Topics mentioned in this article
New Zealand Cricket Team West Indies Cricket Team Colin Munro Cricket
Get the latest updates on ICC T20 Worldcup 2022 and CWG 2022 check out the Schedule, Live Score and Medals Tally. Like us on Facebook or follow us on Twitter for more sports updates. You can also download the NDTV Cricket app for Android or iOS.