New Zealand's top cricketers returned to squad training on Monday at the High-Performance Centre in Lincoln after a prolonged break caused by the COVID-19 pandemic. 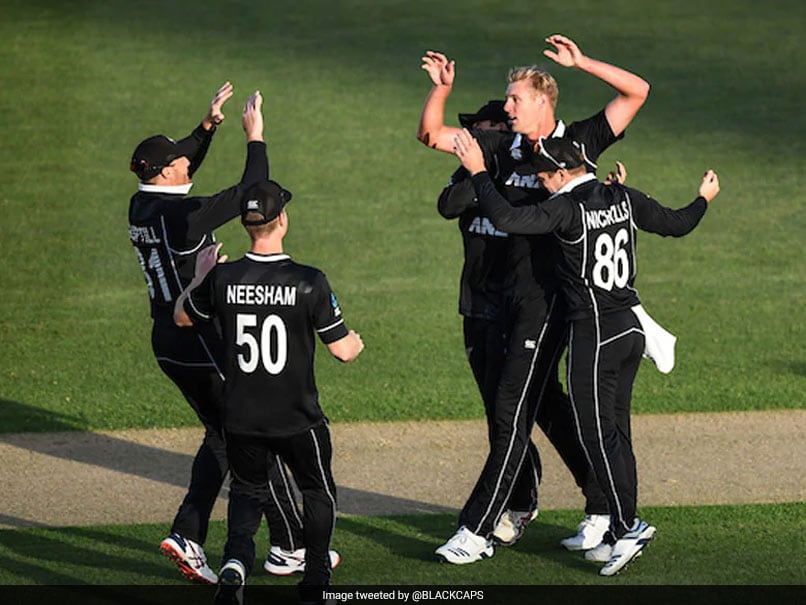 New Zealand skipper Kane Williamson will be part of the batch that will start training next week.© Twitter

New Zealand's top cricketers returned to squad training on Monday at the country's High Performance Centre in Lincoln after a prolonged break caused by the COVID-19 pandemic. In a statement issued on Monday, New Zealand Cricket (NZC) announced that six national camps will be conducted till September. Cricket activities in New Zealand came to a halt in late March owing to the deadly pandemic. "New Zealand's top male and female cricketers will return to squad training at the NZC High Performance centre in Lincoln this week, in the first of six national camps scheduled for the coming winter months," read the release from NZC.

"The South Island and Wellington based BLACKCAPS and WHITE FERNS will train at the Canterbury hub this week, while a larger second camp for players further North will commence at Bay Oval in Mount Maunganui from July 19," it added.

The male players who trained on Monday were Tom Latham, Henry Nicholls, Matt Henry and Daryl Mitchell. Skipper Kane Williamson will be part of the batch that will start training next week in Mount Maunganui. New Zealand's women's team's official Twitter handle posted pictures of the players training in Lincoln. The men's team players trained in the second half of the day.

"It's nice to be back. The banter (with teammates) is always good fun," said vice-captain and all-rounder Amy Satterthwaite after the women's team's training session.

New Zealand has been among the least affected by the pandemic, managing to keep the case count to a little over 1500, including more than 1400 recoveries.

The number of COVID-19 deaths in the country stands at 22 at this point and it has lifted most of the restrictions which were put in place when the pandemic first broke out.

International cricket has taken small steps towards a resumption with England and the West Indies engaged in a Test series right now. Australian cricketers have also begun training. New Zealand's first camp in Lincoln will get over on July 16. It will be followed by training camps in August (10 to 13) and September (dates not yet decided).