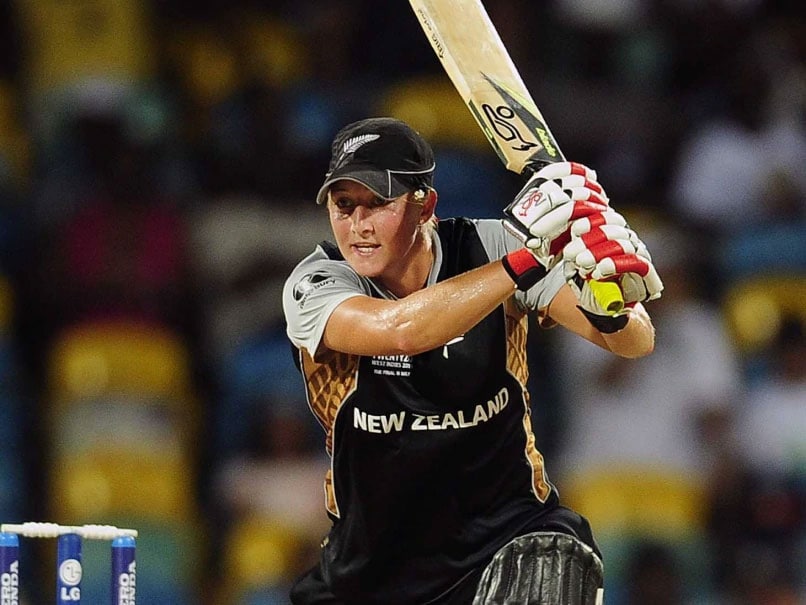 Sophie Devine hit a hundred off just 36 balls in a domestic match in Dunedin.© AFP

New Zealand captain Sophie Devine hit the fastest century in women's Twenty20 history on Thursday, taking just 36 balls to reach 100 in a domestic match in Dunedin. Devine tore apart the Otago Sparks bowling attack, hitting nine sixes and seven fours to set up a 10-wicket win for her Wellington Blaze side. She then capped her innings with two fours to finish with an unbeaten 108 off 38 balls. The innings beat previous record holder Deandra Dottin's 38-ball effort for the West Indies in South Africa in 2010.

It was also the fastest ever scored by any player on New Zealand soil and has been bettered only nine times by men's cricketers worldwide.

The feat was all the more remarkable because it was Devine's first match since she ended a fortnight's Covid-19 quarantine four days ago following a stint playing with the Perth Scorchers in Australia's Women's Big Bash League.

"I was really nervous this morning, whenever you have an extended break away from the game, you get nervous about whether you can come back into it," she said.

"So it was nice just to spend some time in the middle."

Devine's achievement came as New Zealand Cricket announced the England and Australia women's teams will tour in the coming months.

England will play New Zealand in three T20s and three one-day internationals between February 23 and March 7, with the Australians contesting a similar fixture list from March 28 to April 10.

Both teams will undergo 14 days of mandatory isolation after arriving in New Zealand.