Doug Bracewell was dropped from the Black Caps in February after embarking on a late-night drinking session with batsman Jesse Ryder on the eve of a Test against India. 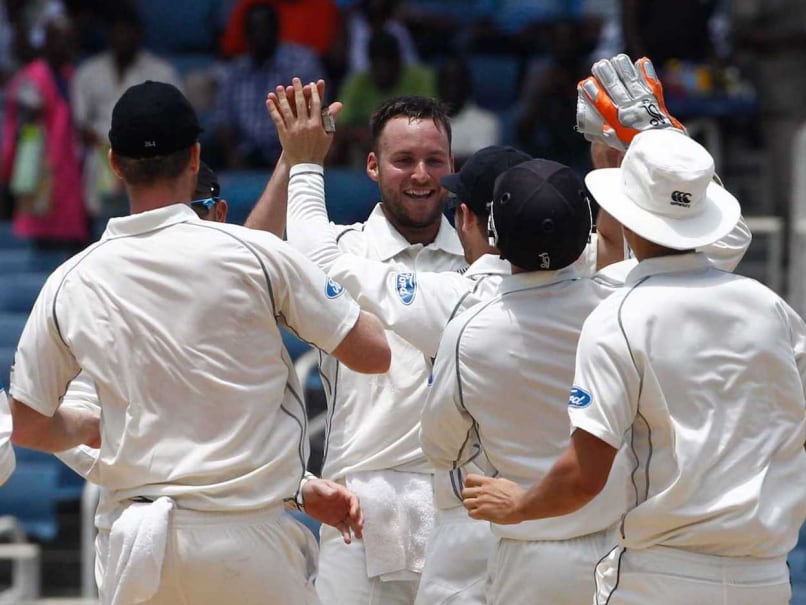 New Zealand bad boy Doug Bracewell was handed a career lifeline on Wednesday when he was named in the 15-man Test squad to face Pakistan next month.

Bracewell was dropped from the Black Caps in February after embarking on a late-night drinking session with batsman Jesse Ryder on the eve of a Test against India.

It was the latest in a string of off-field indiscretions involving the pair but coach Mike Hesson said that since then Bracewell "has done everything the selectors wanted of him".

Hesson said the 24-year-old had shown enough during a recent New Zealand A tour of England to warrant a recall for the Pakistan series, which will be played in the United Arab Emirates.

"We just think that in the heat in the UAE his experience and resilience in those conditions will be important," Hesson said.

There was no such reprieve for Ryder, even though he is currently performing strongly with both bat and ball for English county side Essex.

Bracewell enters the Test squad at the expense of out-of-form opening batsman Peter Fulton in the only change to the group that defeated the West Indies 2-1 in June.

New Zealand have won their last three Test series and Hesson said they would need to be at their best against Pakistan.

"Pakistan is an incredibly tough team to play in conditions favourable to them," he said.

"Our record against Pakistan is actually the worst against any of the Test playing nations, having won just two of 19 series, both home and away."

Comments
Topics mentioned in this article
New Zealand Cricket Team Pakistan Cricket Team Doug Bracewell Cricket
Get the latest updates on SA vs IND 2021-22, check out the Schedule and Live Score . Like us on Facebook or follow us on Twitter for more sports updates. You can also download the NDTV Cricket app for Android or iOS.