New Zealand face the West Indies in two home Tests starting December 3 as they look to consolidate their position in the World Test Championship standings. 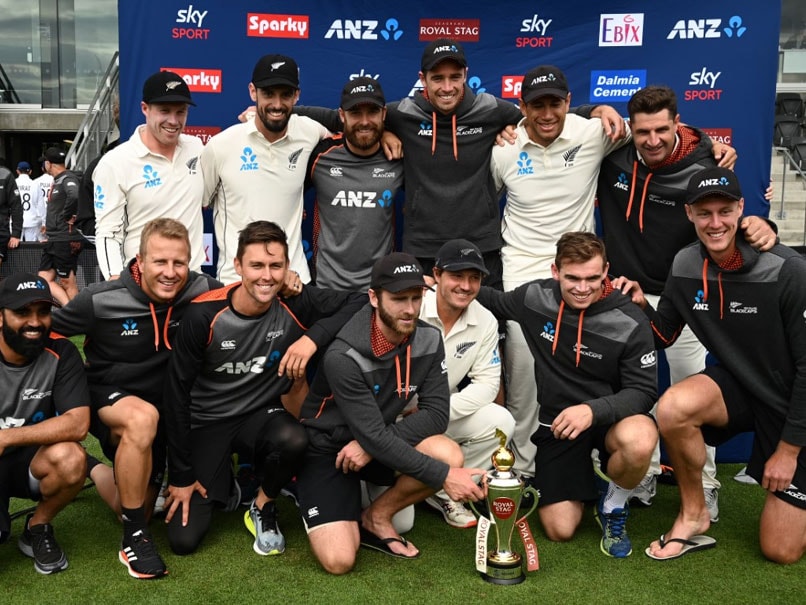 In the upcoming two-match Test series against West Indies, New Zealand will be looking to make full use of home conditions and get full 120 points to consolidate their position in the World Test Championship (WTC) standings. New Zealand are currently fourth in terms of percentage points won in the WTC standings. In November, the ICC changed the WTC points system due to the COVID-19 pandemic and the two finalists of the WTC will now be decided on the basis of percentage points won.

Winning both matches of the series, in Hamilton and Wellington, could see the Kiwis overtake England and move into the third position with 0.625 percentage points after four series, having previously drawn 1-1 with Sri Lanka and lost 3-0 to Australia before pulling off a 2-0 home series win over India.

Australia overtook India to the top position in the WTC standings and these two teams will fight it out in a four-Test series immediately after this one while New Zealand get another chance to get WTC points on the board with a two-Test home series against Pakistan starting on December 26.

New Zealand captain Kane Williamson will be leading a few top-ranked players as they aim to progress in the ICC Men's Test Player Rankings.

Williamson, a formerly top-ranked player, is the only batter from either side in the top 10, in 4th position. Tom Latham (12th), Ross Taylor (15th) and Henry Nicholls (19th) are in the top 20, a reflection of the team's strong batting line up.

For the West Indies, captain Jason Holder is their leading player in all three lists, he is the top-ranked all-rounder, 5th on the bowlers' list and ranked 43rd among batters.

The first Test between New Zealand and West Indies will begin on December 3.