Kapil Dev lavished praise on Virat Kohli after the DDCA named a stand after the Indian captain. 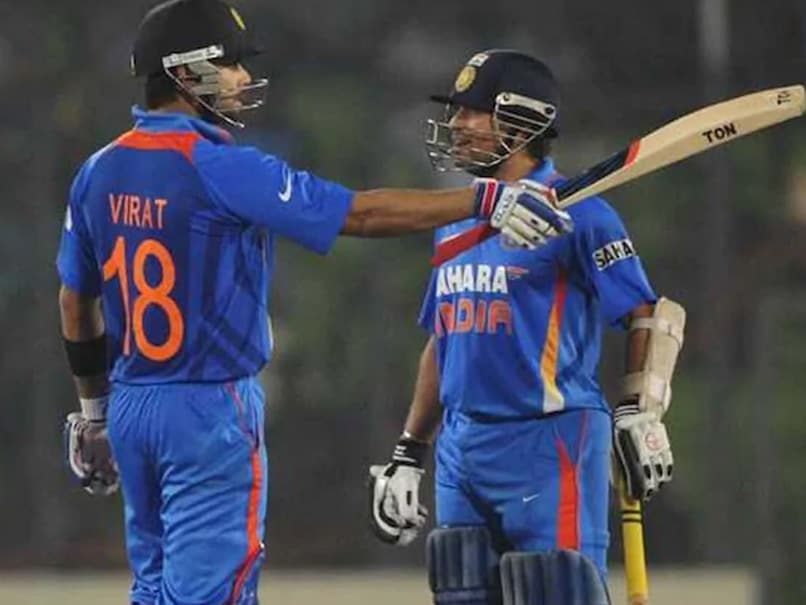 Former India captain Kapil Dev on Thursday praised skipper Virat Kohli saying that he never expected that somebody could come close to the standard set by Sachin Tendulkar. "Kohli has to go a long way. It is not right to talk about him in the middle of his career. But what he has given to us is unparallel. Never expected that somebody can come close to Sachin Tendulkar whom we think is the ultimate but Kohli has taken the game to a different level," Kapil Dev was quoted as saying by ANI.

A stand was unveiled after Kohli's name atFeroz Shah Kotla stadium, which is now renamed as Arun Jaitley stadium on Thursday.

Dev said that whatever is done for Jaitley, who was the former president of the Delhi & District Cricket Association (DDCA), is not enough as he has done a lot for the game.

"I think whatever they do, this is not enough for him. He has done so much for cricket. I personally feel very happy about that, what they are doing, because he has the knowledge about the game. I just want to thank Delhi Cricket Association," he said.

Former player Nikhil Chopra, who had also come to attend the event, said: "He (Jaitley) has encouraged cricket open-heartedly. I remember, whenever he got time, he used to come and watch our games in the Ranji Trophy... I think it is a good thing that the stadium is being named after him. He truly deserves this."

Sachin Tendulkar Kapil Dev Cricket
Get the latest updates on ICC T20 Worldcup 2022, check out the Schedule and Live Score. Like us on Facebook or follow us on Twitter for more sports updates. You can also download the NDTV Cricket app for Android or iOS.