Kushal Malla scored 50 off 51 balls on his ODI debut in a World Cup League 2 match against the US near Kathmandu on Saturday aged 15 years and 340 days. 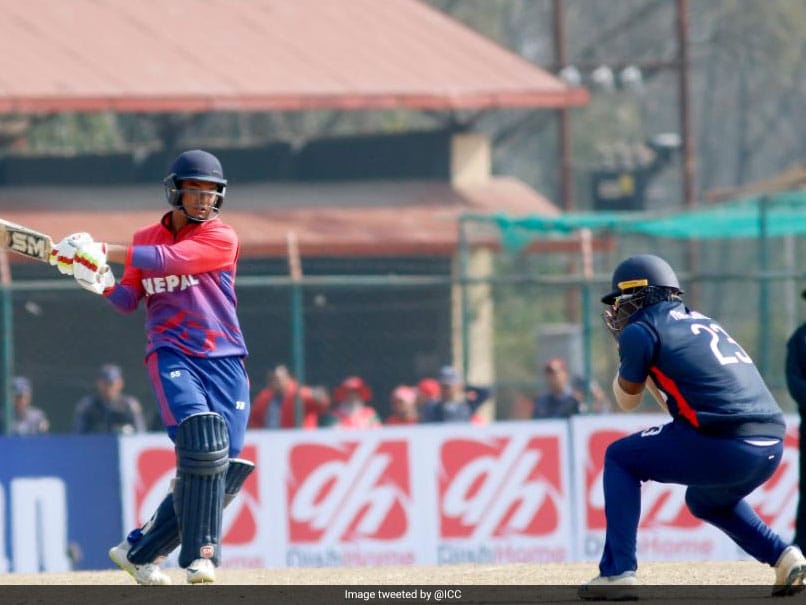 Nepal teenager Kushal Malla has become the youngest batsman to score a one-day international half-century in men's cricket. The left-handed Malla made 50 off 51 balls on his ODI debut in a World Cup League 2 match against the US near Kathmandu on Saturday aged 15 years and 340 days. He broke the record held by his compatriot Rohit Kumar Paudel, who was only 16 years and 146 days old when he scored 55 in an ODI against the UAE last year. Malla, who has played three Twenty20 matches for Nepal, came in to bat when his team was struggling at 49 for five. He guided them to 190 and a 35-run win.

India's cricket icon Sachin Tendulkar was 16 years and 214 days when he made a half-century in a Test against Pakistan in Faisalabad in 1989.

Nepal gained ODI status at the 2018 World Cup qualifying tournament in Zimbabwe, despite the suspension of their national governing body in 2016 over political interference.

Nepal Kushal Malla Cricket
Get the latest updates on IPL Auction 2023 and check out  IPL 2023 and Live Cricket Score. Like us on Facebook or follow us on Twitter for more sports updates. You can also download the NDTV Cricket app for Android or iOS.