Mustafizur Rahman Denied NOC By Bangladesh Cricket Board For IPL 2020

Mustafizur Rahman has been denied a no-objection certificate by Bangladesh Cricket Board as the national team is set to play Tests in October 2020. 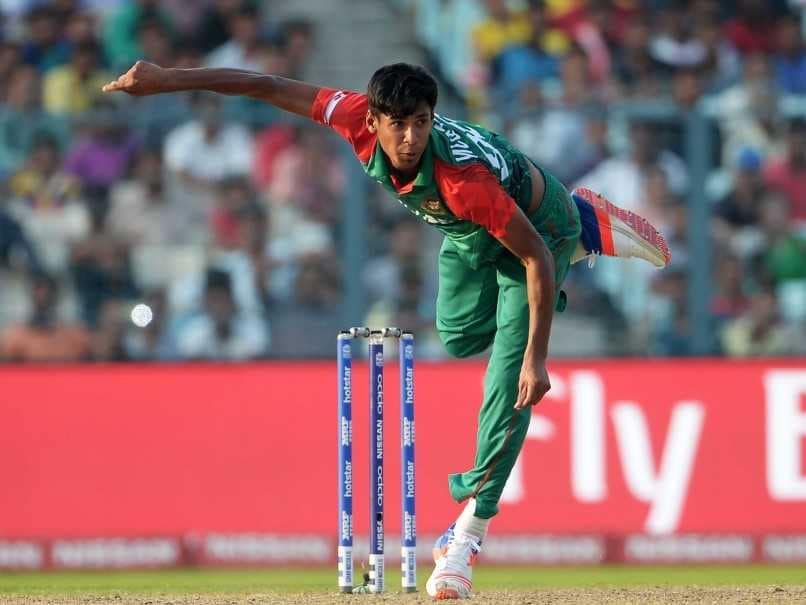 Mustafizur Rahman has been denied a no-objection certificate to play in IPL 2020.© AFP

Pacer Mustafizur Rahman has been denied a No-Objection Certificate (NOC) from the Bangladesh Cricket Board (BCB) to take part in the upcoming edition of the Indian Premier League (IPL). As per a report in ESPNCricinfo, Kolkata Knight Riders (KKR) were interested in naming Mustafizur as a replacement for injured Harry Gurney. But the bowler has been denied an NOC as Bangladesh is slated to play a Test series against Sri Lanka in October this year. "There was an offer from the IPL but since we have a tour coming up, we didn't give him the NOC. He is an important cricketer for us and this upcoming series is also important," ESPNCricinfo quoted BCB director Akram Khan as saying to bdnews24.com.

Rahman has not been involved in Bangladesh's Test setup since March 2019. The pacer has only played white-ball cricket after the 2019 50-over World Cup.

The left-arm seamer had taken 20 wickets in the 2019 World Cup. He was last seen in IPL in the 2018 edition as he represented Mumbai Indians.

He was given a chance in the playing XI in seven matches that season and he took seven wickets at an average of 32.85 and an economy rate of 8.36.

Rahman had earlier represented SunRisers Hyderabad in 2016 and 2017. He played a total of 17 matches for the franchise, managing to take 17 wickets at an average of 26.16 and economy rate of 7.14.

Mustafizur Rahman IPL 2020 Cricket
Get the latest updates on ICC T20 Worldcup 2022, check out the Schedule and Live Score. Like us on Facebook or follow us on Twitter for more sports updates. You can also download the NDTV Cricket app for Android or iOS.