Suryakumar Yadav opened about his favourite Bollywood movies in a short clip. 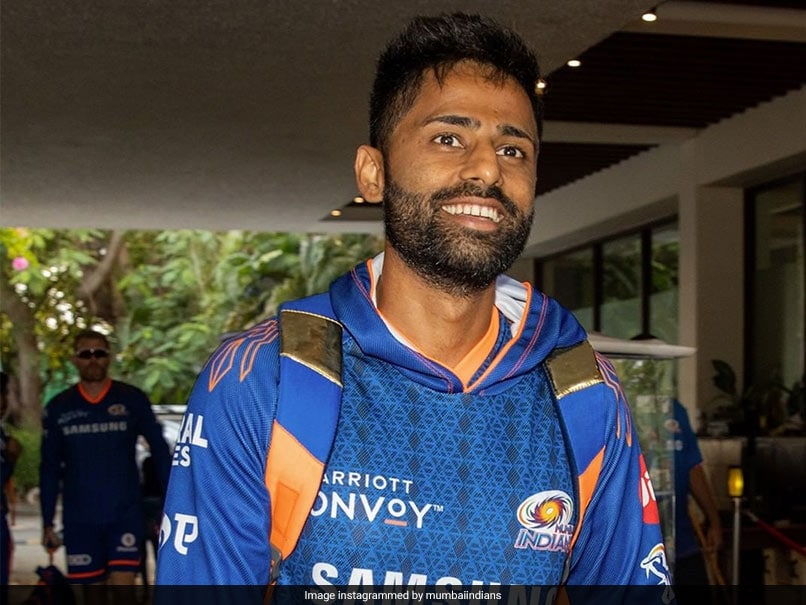 Mumbai Indians' batsman Suryakumar Yadav on Wednesday opened up about his favourite Bollywood movies in a short clip posted on the five-time Indian Premier League (IPL) champions' official Twitter handle. "From 'Andaz Apna Apna' to 'Hera Pheri': 106 seconds of Surya talking about his favourite comedy movies from Bollywood," Mumbai captioned the video. In the footage, Suryakumar also said that he prefers to watch comedy films over any other genre as it keeps "me really happy when I come back from a game or I am bored and not doing anything."

In the short clip, Suryakumar also revealed that he can watch 'Hera Pheri', 'Chupke Chupke' and 'Andaz Apna Apna' on loop, as these are some of the movies he enjoys watching.

So, what is Suryakumar's favourite scene from 'Andaz Apna Apna'? The ace cricketer said that the kidnapping scene from the movie is something he really enjoyed while watching the film recently.

Suryakumar was last seen in action for Mumbai Indians during IPL 2021 before it was postponed. He scored 173 runs from seven games in the 14th edition of the league at a strike rate of 144. He also touched the fifty-run mark once.

Suryakumar started his IPL career with Mumbai in 2012. However, he played just one game in that season and was dismissed without scoring. In the IPL 2014 players auction he was bought by Kolkata Knight Riders (KKR). Next year, he made headlines after scoring 46 runs off 20 balls against Mumbai Indians in Eden Gardens.

He returned to Mumbai in the 11th edition of the league and ever since has been an integral part of the Rohit Sharma-led team. So far, Suryakumar has played 108 games in the IPL and scored 2,197 runs at an average of 29.68 and a strike rate of 135.28.

Mumbai Indians Suryakumar Yadav IPL 2021 Cricket
Get the latest updates on SA vs IND 2021-22, check out the Schedule and Live Score . Like us on Facebook or follow us on Twitter for more sports updates. You can also download the NDTV Cricket app for Android or iOS.