The 16-year-old Jemimah, who bats right-handed, was representing Mumbai in a 50-over domestic match against Saurashtra at Aurangabad. 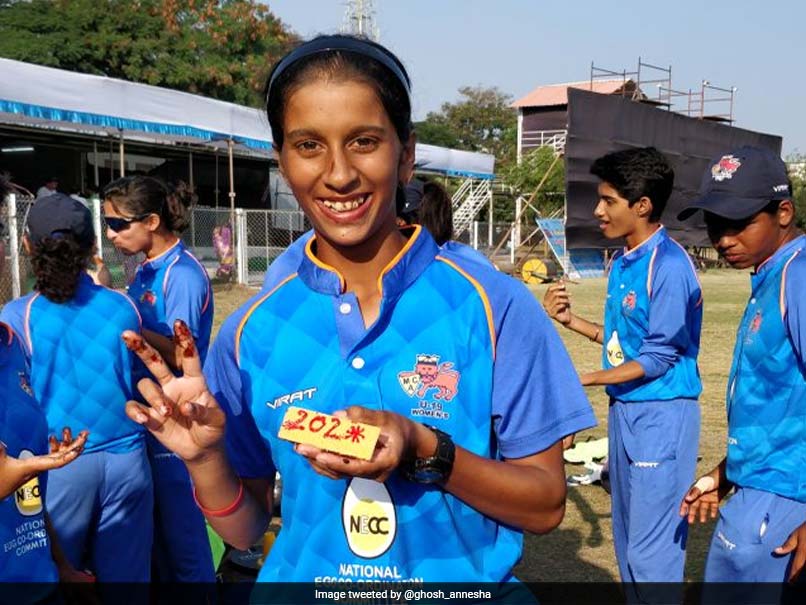 Jemimah Rodrigues, a product of Mumbai's field of dreams, on Sunday added to the ongoing revelry in women's cricket in the country by slamming a 163-ball 202 in an Under-19 One-day tournament.

The 16-year-old Jemimah, who bats right-handed, was representing Mumbai in a 50-over domestic match against Saurashtra at Aurangabad.

Jemimah, who was first drafted into the U-19 side when she was only 13, has two centuries in this tournament and averages over 300 in the U-19 Super Leagues.

She took to the game at a very early age and started out as a bowler before becoming a top-order batswoman, who normally opens the batting or walks out at number three.

The versatile girl, who made the transition from plastic to the hard red ball soon after her fourth birthday, also has the distinction of having represented Mumbai at the U-17 level in hockey.

During her blazing knock, the batswoman took the opposition bowling by the scruff of its neck, and helped her team to an imposing 347 for two in the allotted 50 overs. In India, Mumbai has been one of the biggest supply lines of talented cricketers, who have gone on to earn international accolades.