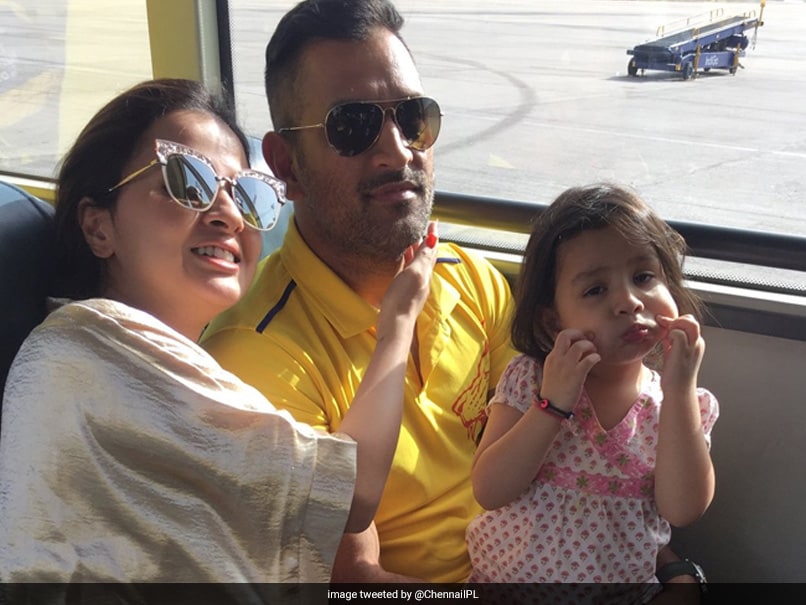 MS Dhoni's retirement once again became the talk of the town as late on Wednesday, #DhoniRetires started trending on Twitter. MS Dhoni'swife Sakshi took to the micro-blogging site to clear the air and said that the lockdown had made people "mentally unstable". "It's only rumours ! I understand Lockdown has made people mentally unstable ! #DhoniRetires Get a life," Sakshi tweeted. Soon after her tweet went viral on social media, Sakshi deleted it. After Sakshi's statement, the trend on Twitter changed from #DhoniRetires to #DhoniNeverRetires as fans came in support of the former India captain. 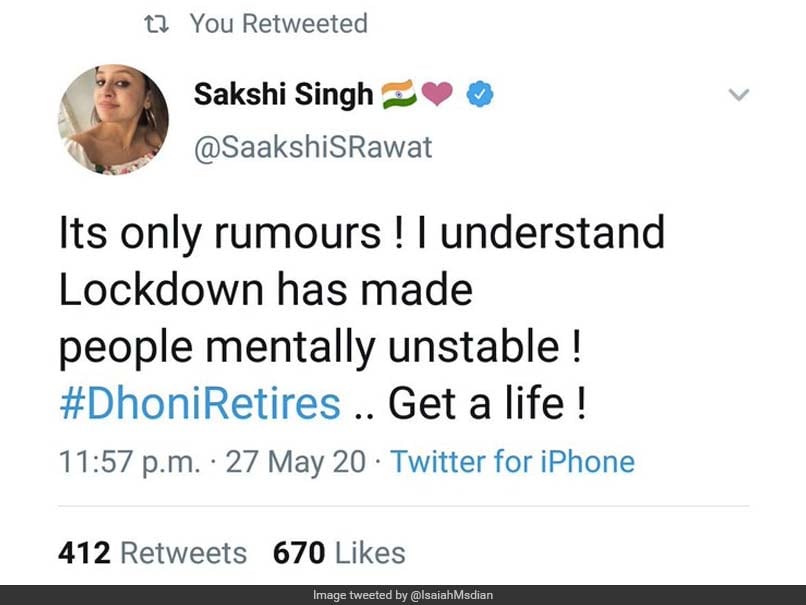 "Waking up to see #DhoniNeverTires trending He never tires and will be back soon," a fan said.

"There are many cricketers  but my favourite cricketer is dhoni no one replace  his position  in my heart. #DhoniNeverTires," another one joined in.

There are many cricketers but my favourite cricketer is dhoni no one replace his position in my heart.#DhoniNeverTires pic.twitter.com/hCDTNAAWtF

Recently, veteran India off-spinner Harbhajan Singhsaid that according to him MS Dhoni has played his last match for India.

"As far as I know him, he won't want to wear India blue jersey again. IPL he will play but for India I think he had decided World Cup (2019) was his last," Harbhajan said.

Dhoni has not played competitive cricket since India's semi-final loss to New Zealand in the World Cup 2019.

The former India captain was set to lead Chennai Super Kings in the 13th edition of the Indian Premier League (IPL) but the Board of Control for Cricket in India postponed the lucrative league indefinitely due to the coronavirus pandemic.