MS Dhoni was responding to a letter of appreciation sent to him by Prime Minister Narendra Modi after he quit international cricket. 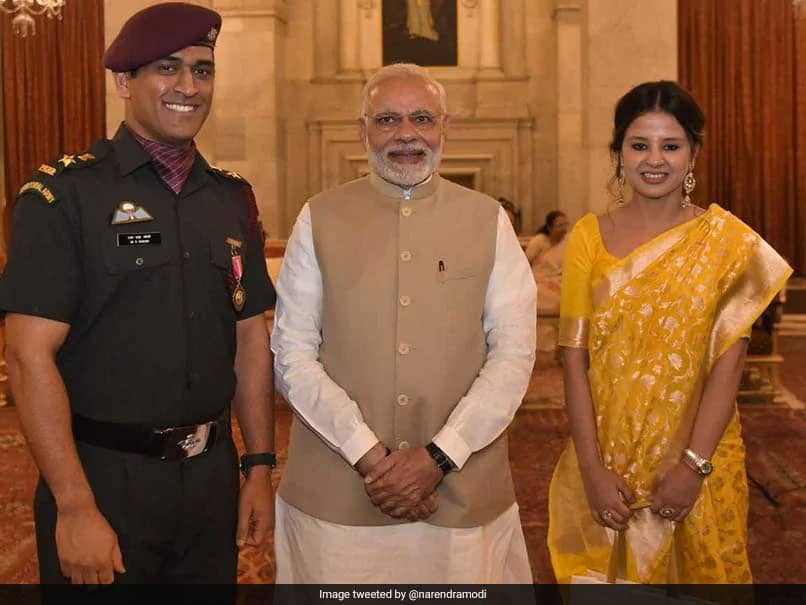 MS Dhoni, who retired from international cricket on August 15, took to Twitter on Thursday to thank PM Narendra Modi for appreciating his hard work on the field. The former India captain posted pictures of a letter he received from the Prime Minister of India. In the letter, PM Modi praised MS Dhoni not only for his achievements, but also for his rise from humble beginnings. "But, the name Mahendra Singh Dhoni will not be remembered merely for his career statistics or specific match-winning roles. Looking at you as just  a sportsperson would be injustice," PM Modi wrote in his letter. "The correct way to assess your impact is as a phenomenon!" he wrote.

"Your rise and conduct thereafter gives strength and inspiration to crores of youngsters who like you have not been to cushy schools or colleges, neither do they belong to illustrious families but they have the talent to distinguish themselves at the highest levels," PM Modi added.

"You have been one of the important illustrations of the spirit of New India, where family name does not make young people's destiy but they make their own names and destinies," PM Modi wrote.

"Where we come from does not matter as long as we know where we are headed - this is the spirit that you have exuded and inspired many youngsters with," the Prime Minister added.

"An Artist,Soldier and Sportsperson what they crave for is appreciation, that their hard work and sacrifice is getting noticed and appreciated by everyone. thanks PM @narendramodi for your appreciation and good wishes," MS Dhoni tweeted, along with the images of the letter.

An Artist,Soldier and Sportsperson what they crave for is appreciation, that their hard work and sacrifice is getting noticed and appreciated by everyone.thanks PM @narendramodi for your appreciation and good wishes. pic.twitter.com/T0naCT7mO7

In the letter, PM Modi recalled some of the best on-field moments of Dhoni's career while highlighting the 2011 50-over World Cup final.

PM Modi also highlighted the sacrifice that Sakshi and Ziva made and extended his good wishes to them.

On 15 August, Dhoni took to social media to announce his retirement from international cricket with a post, featuring glimpses of his career.

Dhoni will lead the Chennai Super Kings in the upcoming edition of the Indian Premier League.

The 13th edition of the franchise-based tournament will be played in the UAE, beginning September 19.