MS Dhoni was left out of the Indian squad for the last two ODIs vs Australia. 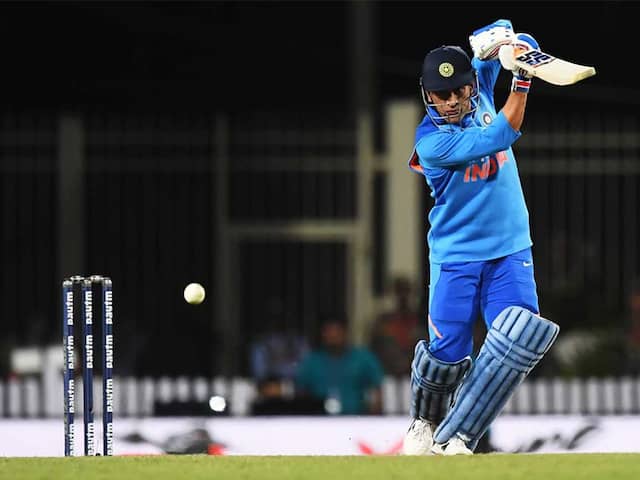 MS Dhoni was rested for the last two One-day Internationals of the five-match series against Australia that India lost by a margin 2-3. After winning two consecutive matches, India suffered three defeats in a row to lose the series, their final 50-over assignment before the ICC World Cup 2019 that starts on May 30 in the UK. Veteran wicketkeeper-batsman MS Dhoni had smashed an unbeaten knock of 59 runs to help India win the series opener by six wickets in Hyderabad. Watching India struggle in the absence of the 37-year-old middle-order batsman in the series decider that India lost by 35 runs in Delhi on Wednesday, former Australia captain Michael Clarke tweeted: "Never underestimate the importance of MSD- experience in the middle order is so important."

Never underestimate the importance of MSD- experience in the middle order is so important https://t.co/hcUcGZeIIh

In the fifth and final ODI at the Ferozshah Kotla in Delhi, Australia rode on a century by Usman Khawaja and a half-century by Peter Handscomb to post a competitive 272 for nine in their allotted 50 overs.

Chasing the target on a slow and low Kotla wicket, India batsmen faltered to produce a single match-winning knock.

Rohit Sharma top-scored for India with 56 runs, while Kedar Jadhav and Bhuvneshwar Kumar made 44 and 46 runs respectively to lead India's resistance.

Dhoni, who played first three ODIs against Australia, accumulated 85 runs in the series that concluded as an eye-opener for Team India ahead of a crucial ICC event.

While Khawaja finished as top-scorer in the five-match series with 383 runs, India skipper Virat Kohli was second best with 310 runs in five ODIs.

Handscomb finished on the third position with 236 runs, while India openers Rohit Sharma and Shikhar Dhawan were fourth and fifth with 202 and 177 runs respectively.

With 172 runs, Kedar Jadhav is the only Indian middle-order batsman among top 10 leading run-scorers in the five-match ODI series.

Michael Clarke Cricket
Get the latest Cricket news, check out the India cricket schedule, Cricket live score . Like us on Facebook or follow us on Twitter for more sports updates. You can also download the NDTV Cricket app for Android or iOS.