"Sometimes I Miss That...": Kuldeep Yadav On Playing Without Experienced MS Dhoni

Kuldeep Yadav revealed that sometimes he misses the guidance from behind the stumps that MS Dhoni used to provide during crunch situations. 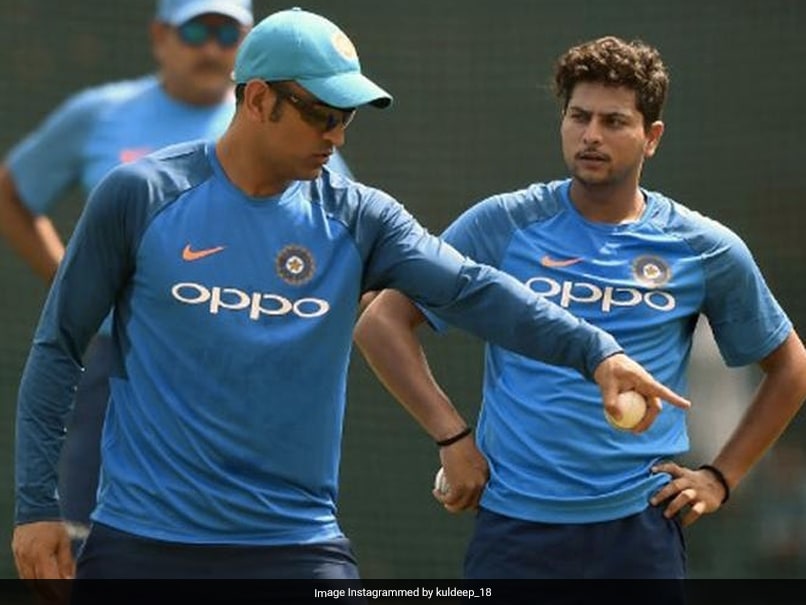 Kuldeep Yadav said since MS Dhoni's retirement, he has only played a handful of games.© Instagram

Kuldeep Yadav, who was dropped from the Test squad for the upcoming World Test Championship final and the five-match series in England, opened up on the contribution MS Dhoni had in his career. In a chat with the Indian Express, Kuldeep admitted that he misses the "guidance" from the former India captain. "Sometimes I miss that guidance because he (Mahi) has great experience. He used to guide us behind the wicket, kept screaming! We miss his experience," Kuldeep was quoted as saying.

Dhoni announced his retirement from international cricket in August 2020 and since then Rishabh Panthas taken the role of wicketkeeper in the Indian team.

"Rishabh is there now, the more he plays, the more input he will give in the future. I always felt every bowler needs a partner who can respond from the other end," Kuldeep added.

Kuldeep also highlighted lack of game time as a factor that has impacted his confidence.

"When Mahi bhai was there, I and Chahal were playing. Ever since Mahi bhai left, Chahal and I haven't played together. I played only a handful of games after Mahi bhai left," Kuldeep mentioned.

"I must have played ten-odd games. I had even taken a hat-trick. If you look at the performance as a whole, it will look pretty decent but if one breaks it up then my performance sometimes can look not up to the mark. One has to also look at the opposition we are playing against," he said.

In the now-postponed Indian Premier League (IPL) 2021, Kuldeep did not a game for Kolkata Knight Riders and that made him wonder if he is still good enough.

"I was especially (depressed) when I didn't find a place in my IPL team Kolkata Knight Riders. I wondered, 'am I that bad?' It's a team-management decision and it would be wrong to go and ask them. I wasn't played in Chennai during the IPL despite knowing it's a turner. I was a bit shocked but couldn't do anything," Kuldeep concluded.