Fans poured in their love for MS Dhoni as he marks 15 years since his debut for India. 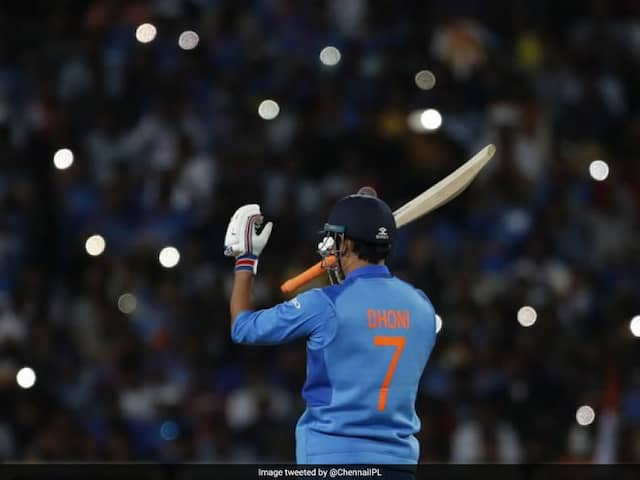 MS Dhoni completed 15 years in international cricket on Monday. From his debut on this day in 2004 against Bangladesh in Chattogram, MS Dhoni has glorified his status as a cricketing legend in the last 15 years. MS Dhoni led India to two World Cups and established himself as one of the greatest finishers the game has seen. Known for his cool and calm demeanour, the former India captain is a figure loved and respected by teammates and opponents alike and commands a huge fanbase. So it is no surprise that wishes poured in for the 38-year-old cricketer on this special occasion.

Indian Premier League (IPL) franchise Kings XI Punjab led the way with a unique tweet to signify just how difficult it will be for any team to replace MS Dhoni.

"Miss this man on the field .." one user tweeted along with a video of Dhoni taking a blinder behind the stumps.

"No one can replace for you thala...." wrote another fan.

"This Craze of MS DHONI is Unmatchable for Ages," wrote a fan along with a video of someone in an India jersey praying in front of Dhoni's poster.

Miss this man on the field ..#Dhoni #MSDhoni #15YearsOfDhonism pic.twitter.com/cXApXp15yx

When it's about team player
First person who comes in my mind is THALA#15YearsOfDhonism #Dhoni pic.twitter.com/QK3Tewi9d7

It doesn't matter how you start ,
Finish it like #Dhoni #15YearsofDhoni @msdhoni pic.twitter.com/UnenSDz7Aw

This Signature 6 From Mahi Last Till My Death.....

Only die hard MS Dhoni fans can relate to this one! #15YearsOfDhonism @msdhoni pic.twitter.com/E9lW6hWTlh

This Craze of MS DHONI is Unmatchable for Ages

MS Dhoni last appeared for India in their World Cup semi-final defeat to New Zealand. He took a sabbatical after that and has not been included in any series since, sparking speculation about his future. But fans can expect to see him next when the IPL 2020 kicks off in March.