Mohammed Shami Excluded From Contracts Because Of Wife's Complaint Against Him: Cricket Board To NDTV

Mohammed Shami was left out of the new BCCI contract after his wife Hasin Jahan accused him of torturing her and having extra-marital affairs. 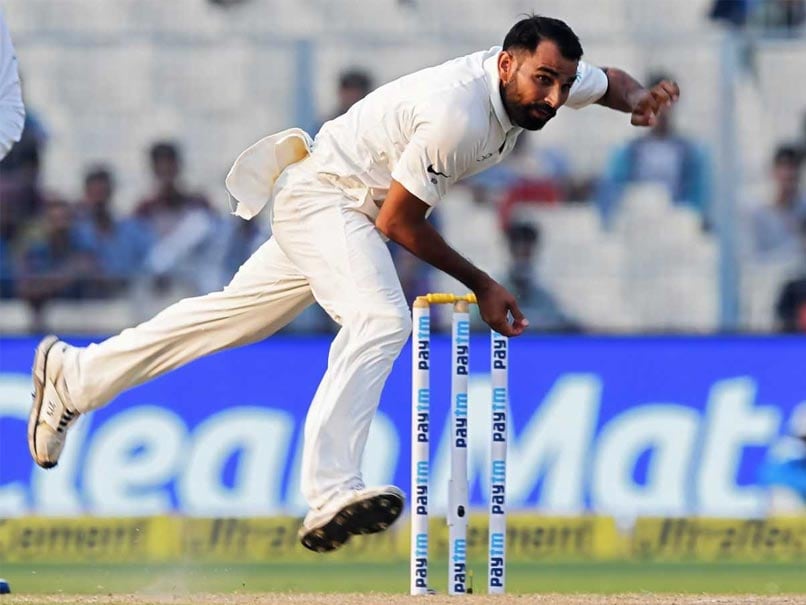 Shami will be back in the contract list if innocence proved.© AFP

India pacerMohammed Shami on Wednesday found himself out of the Board of Control for Cricket in India's (BCCI) annual player contracts system after his wife Hasin Jahan made accusations of torturing her and having extra-marital affairs. "Shami has been droppedfrom the player contracts system because his wife filed a complaint against him," BCCI sources told NDTV.

However, the India speedster will be back in the contract list if innocence proved.

"Shami has been dropped from contract due to disciplinary reason and will be included in the contract list if (his) innocence is proved," sources said.

Shami was in the B category in the last term.

She also uploaded photos and phone numbers of the women. Hasin Jahan alleged that Shami, 27, and members of his family had even tried to kill her.

BCCI has given Grade A contracts to seven players. Apart from Dhoni, Ravichandran Ashwin, Ravindra Jadeja, Murali Vijay, Cheteshwar Pujara, Ajinkya Rahane and Wriddhiman Saha are in Grade A. The players in Grade A will be paid Rs. 5 crore annually.

The players who are in Grade C include Kedar Jadhav, Manish Pandey, Axar Patel, Karun Nair, Suresh Raina, Parthiv Patel and Jayant Yadav. These players will be paid Rs. 1 crore each.

Comments
Topics mentioned in this article
India Cricket Team Mohammed Shami MS Dhoni Virat Kohli Shikhar Dhawan Cricket
Get the latest updates on India vs South Africa and check out  Schedule, Results and Live Score. Like us on Facebook or follow us on Twitter for more sports updates. You can also download the NDTV Cricket app for Android or iOS.