Mohammad Ashraful had admitted to corrupt practices in Bangladesh Premier League and is expected to return to domestic cricket on August 13 this year. 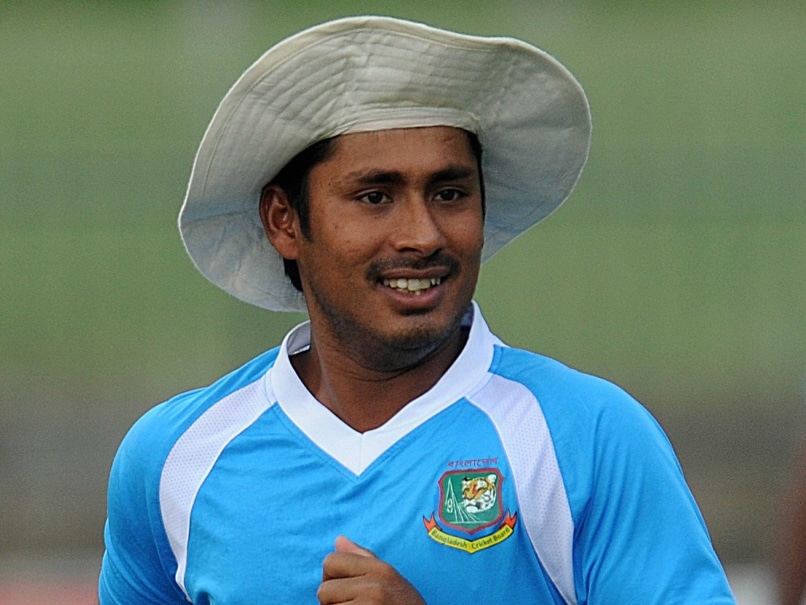 Mohammad Ashraful said he is trying to help youngsters, advising them to refrain from any wrongdoings.© AFP
Dhaka:

When Bangladesh take on India in the Asia Cup final on Sunday, the immensely talented but disgraced Mohammad Ashraful will watch from the sidelines wondering why his moral compass deviated, leading to a match-fixing ban and a regret that will last a lifetime. (Read More in Cricket)

Ashraful, who admitted to corrupt practices in Bangladesh Premier League, is expected to return to domestic cricket on August 13 this year, having served his ban, as per the decision of the ICC tribunal.

"It is not going to be very easy for me. From August 13, the day my ban is supposed to officially end, a new battle will begin. That is to regain the trust of the people. If you ask me, I am happy that I could again play atleast club cricket. But I am expecting to resume my first-class career for Dhaka Metropolitan," Ashraful said.

But Ashraful knows and has accepted the fact that there will be trust issues once he is back in the side.

"There is no doubt in my mind that there will be a distinct lack of trust when I make a comeback. The dressing room might not be as welcoming as it should be and rightly so. I have made a mistake and winning the trust is also a part on my road to redemption.

"I have to be patient with them. I had failed them when I did all those wrong things. They are well within their rights if they have trust issues with me," Ashraful is candid in his admission.

At 32, his best years are behind him and a lifelong stigma of being a 'fixer' has been attached to his name. But in his mind, he still wants to add on to his tally of 61 Tests, 177 ODIs and 23 T20 Internationals.

Asked if T20 is the only format perhaps where he can make a comeback, Ashraful said: "I think I am good enough to play all the three formats. Yes, time is not on my side but a good domestic season can help me a lot. But yes, there is a question whether BCB, the selectors and the players can trust me or not. Mohammed Amir's successful return does give me a lot of hope. I have been training regularly and doing my routines."

Ashraful said the unconditional love that he has got from common people for being one of the first stars of Bangladesh cricket made him admit his guilt.

"Look when you have done something wrong, in your subconscious mind, you know it very well. Even if I would have denied charges, there was a possibility that at some point, I would have been exposed.

"I was scared that the kind of love I am used to getting from people would turn into hatred if they come to know about my mistake from somewhere else. It took a lot of guts but I wanted people to know the truth from me and no one else. I knew what the consequences would be but then admission of guilt comes with an inevitability that is difficult to avoid."

Ask him how these two and half years have been for him, Ashraful said: "Well, I had my friends, who have been there with me all the time, around me. They did not leave me during these days of hardship. I have recently got married and my wife is also my new support system.

"As far as economic sustenance is concerned, I have this restaurant of mine (in upscale Banashree), which has helped me earn my livelihood. I never had a job as I was a professional cricketer. Whether the earnings from the restaurant is enough or not? Well I have realised it the hard way that whatever you earn may not be enough. At least, now I am happy with whatever I earn."

He wants his life to be a lesson for budding cricketers and he now advises youngsters against falling prey to desires which can ruin one's life.

"What's done cannot be undone now. I am only looking forward. I am also trying to help youngsters from my experience, advising them to refrain from any wrongdoings," concluded Ashraful.

Comments
Topics mentioned in this article
Bangladesh Cricket Team Mohammad Ashraful Cricket
Get the latest updates on ICC T20 Worldcup 2022 and CWG 2022 check out the Schedule, Live Score and Medals Tally. Like us on Facebook or follow us on Twitter for more sports updates. You can also download the NDTV Cricket app for Android or iOS.