Mohammad Amir's recent England tour was a complete contrast from the one six years ago, which ended in a spot-fixing case resulting in five-year bans on him and fellow players Salman Butt and Mohammad Asif 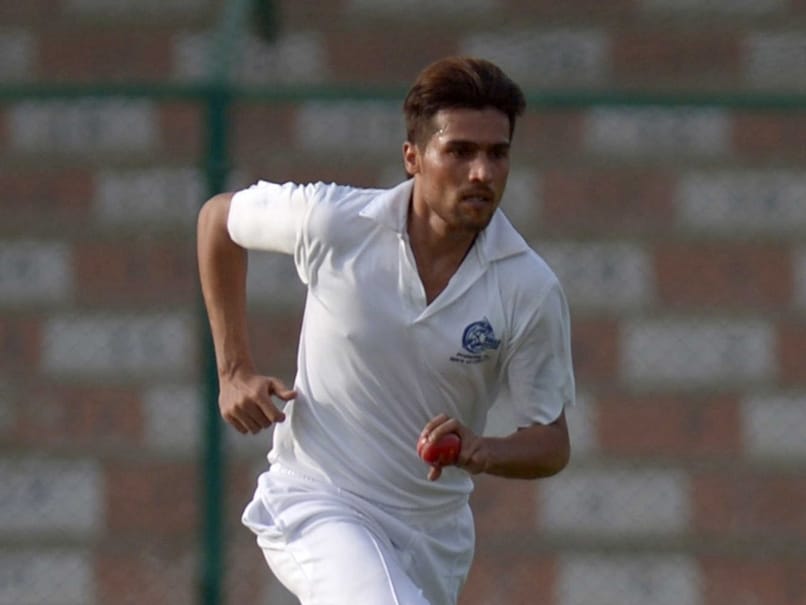 Pakistan fast bowler Mohammad Amir breathed a sigh of relief Monday after clearing a "tough England cricket tour" without any major problems, saying fans were welcoming and players were supportive.

It was a complete contrast from his tour of England six years ago, which ended in a spot-fixing case resulting in five-year bans on him and fellow players Salman Butt and Mohammad Asif.

"There was a huge media hype around me, fears in my mind and the pressure of doing well, but I am relieved on clearing one of the toughest exams of my life with the support of my team and fans," Amir told AFP.

The ban had derailed the fast-rising careers of all three players who were jailed by a UK court in 2011, though Amir's guilty plea helped him gain public sympathy.

He was allowed to feature in domestic matches six months before his ban was lifted after the International Cricket Council (ICC) relaxed certain conditions of his ban through an amendment to its code of conduct.

Amir was also the only one of the three players selected for Pakistan's tour of New Zealand in January this year.

But the the latest tour saw him play his first Test match since the ban, with the teams drawing the four-match series 2-2.

Pakistan won the only T20 game, while England were victorious in the five-match ODI series, with a 4-1 win.

Amir said the crowd at the Lord's -- the same place he bowled deliberate no-balls in the 2010 Test in return for money -- were supportive of his return.

"I was ready for anything including rants but when I went out to bat at the Lord's the crowd clapped for me and it helped me relax.

"None of the England players said anything untoward and I thank them for that. Moeen Ali was the best, he advised me to forget the past and concentrate on the future."

"Most of the British fans were welcoming and whenever I had the chance of going out they took pictures with me. One father and son came to the team hotel in Leeds and when they met me they described it as a 'lifetime opportunity and best day of their lives'".

Despite the hype, Amir's performance was below expectations on the field, with him taking just 12 wickets in the Test series.

He also had seven dropped catches off his bowling.

"It could have been a different scenario... but drop catches are part and parcel of the game. My captain and coach were both satisfied."

Amir said he will improve gradually, with a series of three Twenty20 and as many ODIs and Tests in the United Arab Emirates starting later this month.

"The best part was that I didn't have any fitness issues," he said.

He also delivered only one no-ball -- his first since returning to international cricket -- in the final Test at The Oval.

"I have taken special care of no-balls, my run-up used to be of 23 steps now its 25 steps, so I bowl a yard back so there are lesser chances of no-balls," said Amir.

Comments
Topics mentioned in this article
Mohammad Amir Salman Butt Mohammad Asif Pakistan Cricket Team England Cricket Team Cricket
Get the latest updates on India vs England Series, India vs England , live score and IPL 2021 Auction . Like us on Facebook or follow us on Twitter for more sports updates. You can also download the NDTV Cricket app for Android or iOS.