To keep alive the memories of Bob Woolmer, who died tragically during the 2007 World Cup, many memorial services have been planned at different churches here on his death anniversary on Friday. 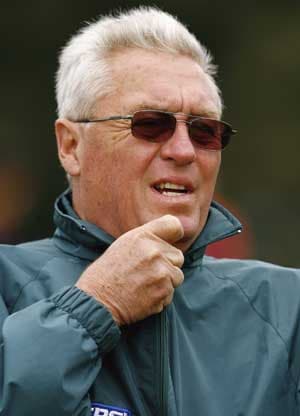 To keep alive the memories of Bob Woolmer, who died tragically during the 2007 World Cup, many memorial services have been planned at different churches here on his death anniversary on Friday.

Woolmer died on March 18, one day after the Pakistan team was knocked out of the 2007 World Cup by minnows Ireland in one of the biggest upsets in cricket history.

Although initial reports suspected that he was murdered but later Jamaican police confirmed he had died of natural causes at the Pegasus Hotel in Kingston, Jamaica.

"Woolmer's death remains a sad chapter in Pakistan's cricket history. Four years have passed since that day in Kingston, all of us still have fond memories of him," former captain Inzamam-ul-Haq said.

Inzamam was the captain in that World Cup and considered to be very close to Woolmer, who served as Pakistan coach between 2004 and 2007, building up close relationships with number of players.

Inzamam said the events that followed Woolmer's death still haunt many players because some of them were treated like criminals by the Jamaican police.

"No one was more sad or shocked than the Pakistani players at Woolmer's death. No one really understood that. It would be fitting if in this World Cup our team can win the title. It would be a great achievement after what happened in the last tournament," he said.

Pakistan leg-spinner Danish Kaneria said he still remembers the horrible moments when Woolmer was found unconscious in his hotel room.

"It was terrible and what happened was worse because we were out of the World Cup and we also had to deal with so many false rumors. But I have no doubt he was one of the best coaches I have worked with."

Kaneria said it was important to remember Woolmer's contribution to Pakistan cricket on his death anniversary and keep alive his memory.

A statement by the Bob Woolmer Cricket Club said that a match will be staged in memory of the late coach after ongoing Pentangular Cup.

Comments
Topics mentioned in this article
Cricket Robert Andrew Woolmer New Zealand Cricket Team Pakistan Cricket Team
Get the latest updates on ICC T20 Worldcup 2022 and CWG 2022 check out the Schedule, Live Score and Medals Tally. Like us on Facebook or follow us on Twitter for more sports updates. You can also download the NDTV Cricket app for Android or iOS.