Abhay Negi was in fiery form as he hit a 14-ball 50, which is the joint-fastest half-century in a T20 match in India. 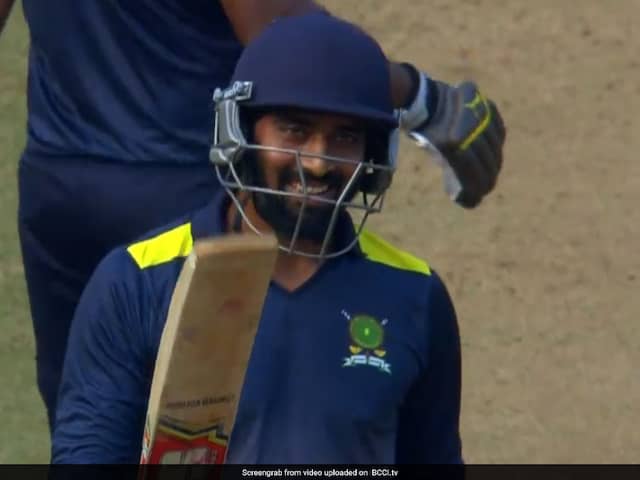 Meghalaya's Abhay Negi went on a rampage with the bat as he brought up a half-century off just 14 deliveries against Mizoram in the Syed Mushtaq Ali T20 competition on Sunday. His effort, which helped his team put up a daunting total, is the quickest half-century in the tournament's history, as well as the joint-fastest half-century in a T20 match in India. KL Rahul had also scored 50 off 14 deliveries for Kings XI Punjab against Delhi Daredevils in Mohali in the 2018 edition of the Indian Premier League (IPL).

Negi's half-century was as important as it was impressive.

Batting first, Meghalaya were at 149 when they lost their fourth wicket at the end of the 16th over. That is when Abhay Negi walked in and took the match away from the opposition.

Negi smashed two boundaries and six sixes, with most of his runs coming on the off-side. In the final over, the right-hander went berserk, hitting four consecutive maximums to bring up his half-century.

You can watch his quickfire knock here:

His blitzkrieg took Meghalaya to 207 for four wickets at the end of their 20 overs. Mizoram put up a strong fight in return, scoring 182/2, thanks to a 59-ball 90 from Taruwar Kohli and a 46-ball 72 from captain KB Pawan.

Negi also contributed with the ball, bowling out Kohli - who looked set for a century.

The fastest half-century by an Indian was Yuvraj Singh's legendary knock against England in the 2007 World T20 tournament, when he scored six sixes off a Stuart Broad over to get to the 50-run mark off just 12 deliveries.