India had played West Indies for two Test matches in August 2019 and Mayank Agarwal was unable to score many runs in the series. 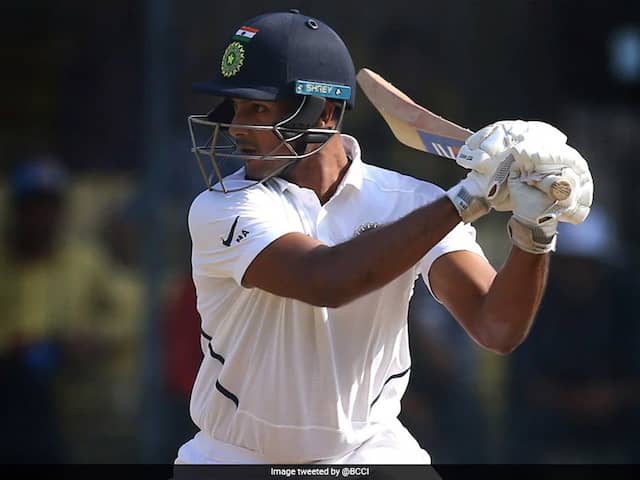 Mayank Agarwal managed to register one score of fifty-plus once on the Windies tour.© Twitter

Indian opening batsman Mayank Agarwal has said that Rohit Sharma helped him overcome the slip in form during the Windies tour. India had played West Indies for two Test matches in August 2019 and Agarwal was unable to score many runs in the series. The batsman just managed to register one score of fifty-plus once on the tour and it came in the second match of the two-Test series. "That was exactly the feeling after the West Indies tour, I said to myself man what is happening? You had a good start and you planned and planned. I remember Rohit Sharma was sitting next to me, he told me that there is a difference when you play your first series and your second series, he told me that there is a certain expectation from me to perform," Agarwal told Sanjay Manjrekar in a videocast hosted by ESPNCricinfo.

"But he told me not to add more pressure on myself to perform, he advised to play like it's my first match, I have taken this advice and I try to follow it every time," he added.

The right-handed batsman was last seen in action during India's two-match Test series against New Zealand earlier this year.

Agarwal travelled to New Zealand to play the two-match Test series of ICC World test Championships (WTC) and scored a total of 102 runs in four innings.

India lost the series 2-0 after the dismal performance against Kiwis.

The Kings XI Punjab aggressive batsman has to wait a bit to step on the field as the BCCI has postponed the Indian Premier League (IPL) indefinitely due to the coronavirus pandemic.