May be I am still fit to play Test cricket: Laxman

At a time when the Indian batsmen are letting the team down on a regular basis, VVS Laxman had a word of advice - convert starts to big scores. 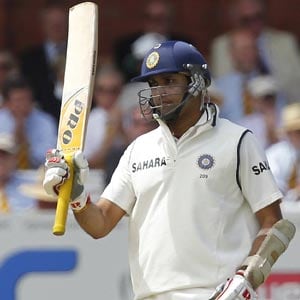 Five months have passed since V V S Laxman bid adieu to international cricket but the stylish batsman feels he is still fit enough to play in the Test format.

"May be (in) white (flannel)," the answer was predictable when Laxman, once the perennial troubleshooter of the Indian cricket team, was asked about his preference.

At a time when the Indian batsmen are letting the team down on a regular basis, Laxman had a word of advice.

"It's just about converting starts into big scores. Whenever a set batsman converts his start into a big score and the others rally around him, you usually post a healthy total for bowlers to defend," he said.

The numbers surely won't support his claim but Laxman was of the opinion that the Indian team has not done that badly in the limited-overs format after the triumphant 2011 World Cup campaign.

"I think we have done well except for these two games (losses against Pakistan in the ongoing ODI series) in the one-day format. I think, after the World Cup, we still had a decent run and even in T20.

"Overall in T20 and one-day cricket we have done well,' Laxman said on the sidelines of a promotional event here on Saturday.

About the defeats to Pakistan, he said, "I think in the two matches I thought Pakistan bowlers need to be credited, the way they bowled and there are some marvellous and attacking fast bowlers Junaid (Khan), (Mohammad) Irfan and Umar Gul all three of them.

"I saw the match in Kolkata (and) both Junaid and Irfan bowled fiery spells like they did in Chennai, So I think Pakistani bowling attack was really penetrating."

Asked for his views on injecting young blood, Laxman responded, "It's already there, you see the batting line-up... it's good mixture of youth and experience and they will do well in the future.

"Indian cricket is going through a transitional phase. There are lots of youngsters who are getting opportunities and I am sure they will do well in the future," he said.

Talking about his retirement, he said, "I mean I had great run playing for India. At some time you have to move on and I think that was the right team for me after playing sixteen years."

Comments
Topics mentioned in this article
Cricket India Cricket Team VVS Laxman MS Dhoni Pakistan Cricket Team
Get the latest updates on ICC T20 Worldcup 2022 and CWG 2022 check out the Schedule, Live Score and Medals Tally. Like us on Facebook or follow us on Twitter for more sports updates. You can also download the NDTV Cricket app for Android or iOS.