Highlights of the 1st Test, Day 4 between India (IND) and South Africa (SA) at the Newlands, Cape Town 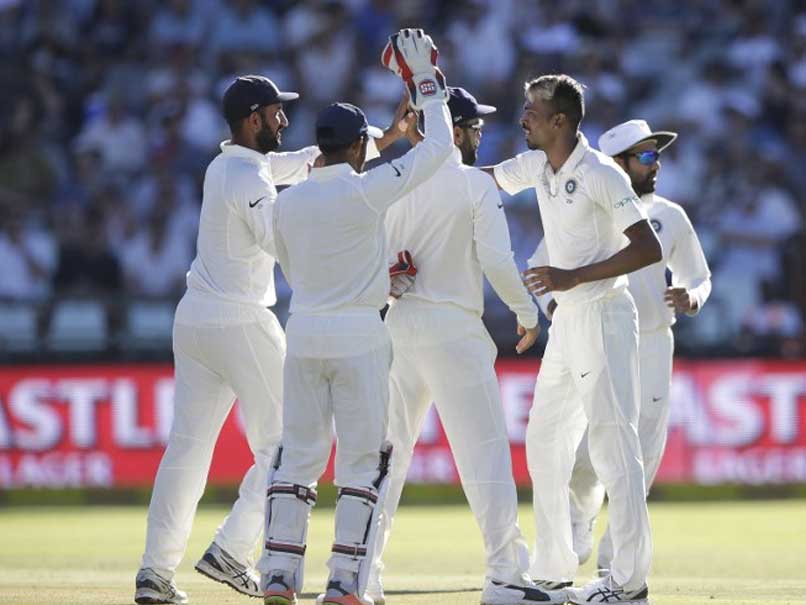 Vernon Philander starred with the ball as South Africa beat India by 72 runs to take a 1-0 lead in the three-match Test series at Cape Town on Sunday. Philander, who ended the match with nine wickets, registered his career-best Test bowling figures. Hosts, after being bowled out for 130 in the second innings at lunch on Day 4, bowled brilliantly that helped them to come back in the Test match. Shikhar Dhawan and Murali Vijay took India off to a decent start but were put on the back foot, courtesy some great seam bowling from the Proteas. The hosts picked up wickets at regular intervals that never really allowed the Indians to get off the hook. However, the visitors looked threatening as Ravichandran Ashwin and Bhuvneshwar Kumar stitched together a 49-run seventh-wicket partnership and brought India closer to the total before Philander struck once again and broke the partnership by dismissing Ashwin. Following which, Mohammad Shami and Jasprit Bumrah were dismissed in quick succession. Ashwin top-scored for India as the visitors were bowled out for 135 in their second innings. (Scorecard)

When and Where to watch: India (IND) vs South Africa (SA)

(IND) Vs (SA) is scheduled for a 2 pm IST (08:30 AM GMT) start. Live Streaming and TV information for the match can be found below.