Laxmi Ratan Shukla Set To Begin His Second Innings, This Time In Politics 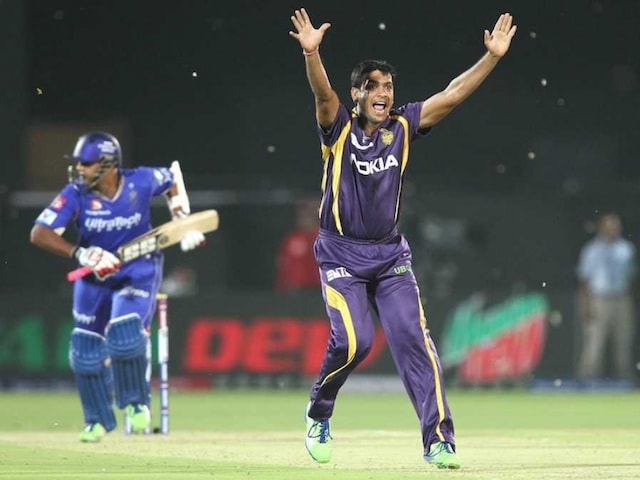 His cricket career had its share of regrets but Laxmi Ratan Shukla wants to forget all about it as he begins a new innings, albeit on the political pitch, by becoming one of the youngest ministers in Mamata Banerjee's newly-sworn-in cabinet.

Just three weeks after his 35th birthday, the former Bengal captain Shukla, who played 3 ODIs for India in 1999, traded his white flannels for white kurta pyjama.

Shukla, who had also played for Bengal this season, announced his retirement in not so happy circumstances, having relinquished his captaincy at the start of the season. He was, in fact, playing club cricket in CAB league when Banerjee told him that he has to fight the elections from Howrah, always a tricky area.

"From today, I want to forget the past. What led to my retirement and why could not play more than 3 matches for India, why I did not get a recall after 1999. I might have had some regrets on field but off it, in my second innings, I would like to start with a clean slate and make up by working for the development of people," said Shukla.

It was the hallowed turf of Eden Gardens that made Shukla a Bengal legend and as he settles down at 'Nabanna' (Government headquarters), Shukla is keen to do justice to the resounding mandate that people of North Howrah has given him.

"It's a different 'pitch' but as it has been the case with me, I am ready to slog it out. Earlier, for the cover drive, I had to 'reach' to the pitch of the delivery. Now I have to again 'reach' but it will be to the people of my constituency and the state. The people of Howrah (North) has blessed me as they had faith in Mamata Banerjee's candidate," Shukla told PTI while getting ready after the CM summoned a meeting of the new ministers.

While the buzz is that he will be given the sports ministry, Shukla said he has not been told about the portfolio.

"Didi's (Banerjee) wish is my command. I am ready to do anything for the development of the people. You don't get this kind of a mandate had there been no development in the state. My job is to be one of the soldiers, who will be the torch-bearer of that development," said the former all-rounder, who scored 6217 first-class runs and took 172 wickets.

At the centre, there has been instances of sportspersons getting ministerial berth during various regimes.

It has not been the case in West Bengal, where professional sportspersons have been perceived as potential ministerial candidates because not many could win tough elections.

Shukla's rival was BJP's actress-turned politician Roopa Ganguly but the former KKR and Delhi Daredevils all-rounder never had any doubts about his victory.

"Self belief is something which I have always had in abundance. I had no doubts in my mind that my victory margin will be a big one," said Shukla.

Comments
Topics mentioned in this article
India Cricket Team BEN Laxmi Shukla Cricket
Get the latest Cricket news, check out the India cricket schedule, Cricket live score . Like us on Facebook or follow us on Twitter for more sports updates. You can also download the NDTV Cricket app for Android or iOS.