Kyle Mills, now 35, was a schoolboy during the 1992 World Cup and watched the semi-final match in Auckland when Pakistan beat an in-form New Zealand by four wickets. 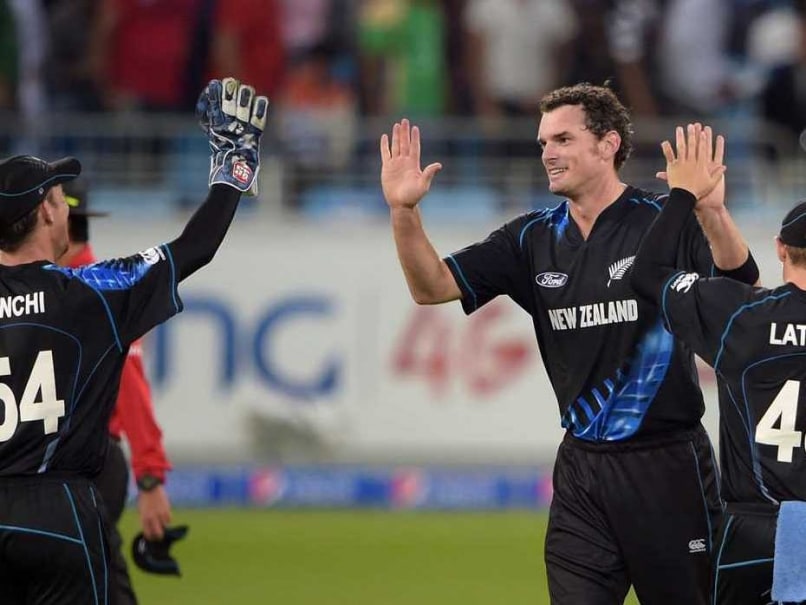 New Zealand paceman Kyle Mills on Sunday said he cannot rid himself of the childhood memory of the day when Pakistan beat New Zealand in the 1992 World Cup semi-finals and went on to win the trophy.

The 35-year-old was a schoolboy then and watched the match in Auckland when Pakistan beat an in-form New Zealand by four wickets.

"Yes, I went from school to watch a couple of matches as well and remember the World Cup quite firmly because New Zealand played exceptionally well throughout the tournament.

"I was there on the day when Inzamam (ul Haq) hit us all around the ground at Eden Park and I remember that very clearly. It was a pretty sad day but I think New Zealand played some innovative cricket in that tournament," recalled Mills.

Pakistan chased down a daunting 263-run target with Inzamam hitting a robust 37-ball 60.

Mills hoped New Zealand can replicate that 1992 performance in next year's World Cup which they will co-host with Australia in February-March.

"It was a fun time for the New Zealand public to get behind the sport. There was a lot of fun and hopefully we can replicate that."

Mills is here as part of New Zealand's limited over squad which begins a five-match one-day series against Pakistan in Dubai on Monday.

Mills hoped it will be a fiercely competitive series after both teams drew a three-match Test series and two Twenty20 matches 1-1.

"Judging from the two previous series with two teams reasonably evenly matched over these conditions, all the games have been hard fought contests and I guess you will experience some sort of intense battles over the next five one-day matches," said Mills, who has 236 wickets in 166 games.

Mills said New Zealand stand a good chance of winning their maiden World Cup title, having not gone beyond the semi-final stages in any of the last ten World Cups.

"I think it helps because we are playing at home. We have played some very decent cricket in the last couple of seasons at home and we beat India relatively comfortably in the one-day series which was nice.

"It came as a huge confidence booster for the World Cup," said Mills of New Zealand's 4-0 home win in January this year.

"However, World Cups are really tough to win. We have never won one and we have never gone past the semi-final stage so I guess we may probably know the formula of what it takes to win a World Cup."

Comments
Topics mentioned in this article
Pakistan Cricket Team New Zealand Cricket Team Kyle Mills Cricket
Get the latest updates on Fifa Worldcup 2022 and check out  Fifa World Cup Schedule, Stats and Live Cricket Score. Like us on Facebook or follow us on Twitter for more sports updates. You can also download the NDTV Cricket app for Android or iOS.