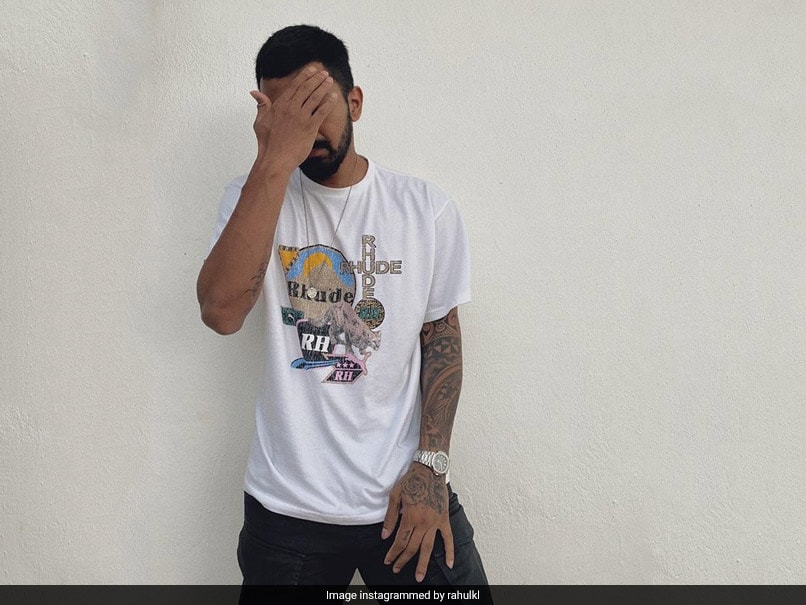 Indian batsman KL Rahul keeps sharing fun posts for his fans on Instagram to keep them entertained. KL Rahul recently took to Instagram to share a photo of himself where he can be seen covering his face with his hand. The flamboyant batsman wrote, "Thinking of a caption...". Former Miss World Manushi Chillar, Wriddhiman Saha, and Sonam Kapoor's husband Anand Ahuja reacted to KL Rahul's post. Manushi Chillar in her comment on KL Rahul's post wrote, "Ask @sinankader, he'll write you an entire page".

KL Rahul was in fine form during India's tour of New Zealand earlier this year. Rahul scored 224 runs during India's T20 International series against New Zealand. The right-handed batsman won the player of the series award for his brilliant performances in the shortest format of the game.

KL Rahul was also praised for his wicket-keeping skills during the series.

The right-handed batsman has played 42 T20Is for the country and has scored 1,461 runs with an average of 45.65. He also has two centuries in T20Is for India.