KL Rahul and Hardik Pandya had got into trouble after some ill-judged comments on a TV show and people haven't forgotten. 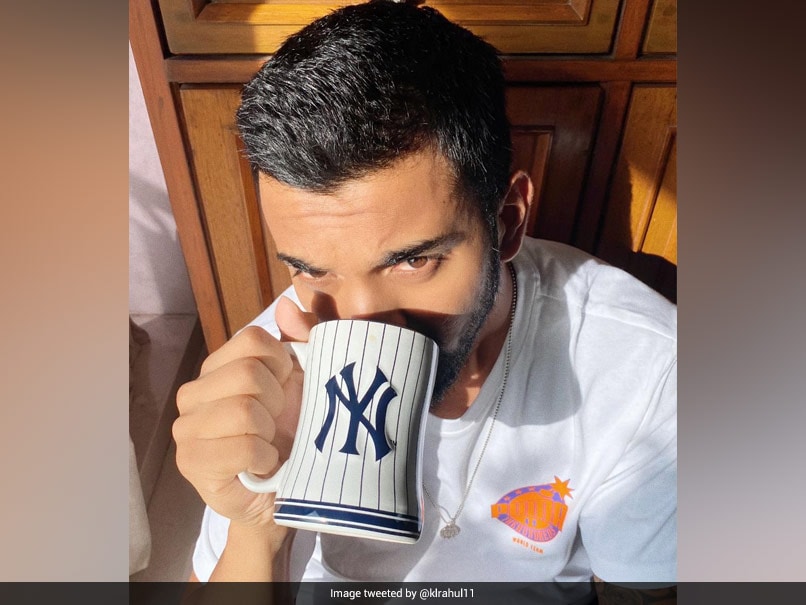 KL Rahul took to social media to profess his love for coffee.© Twitter

India batsman KL Rahul took to Twitter to share a picture of him drinking coffee, and declared his love for the drink, but fans on the microblogging site had something else on their mind when they saw the picture. Twitter users were quick to remind the flamboyant right-hander of his appearance in filmmaker Karan Johar's talk show 'Koffee With Karan' in January 2019, which led to fines and a suspension for Rahul and all-rounder Hardik Pandya for their sexist comments.

"Ha ha, shall we call karan to brew one for you," wrote another.

"Rahul Akele Akele ? ? ..." commented another user, along with a photo of Karan Johar.

"Please stay away from Coffee," advised one user.

"The coffee with karan is more expensive than your career," came another observation.

Please stay away from Coffee

The coffee with karan is more expensive than your career

Ha ha, shall we call karan to brew one for you

KL Rahul had uploaded the same picture on Instagram as well, and there it was none other than India captain Virat Kohli who teased him, albeit not on the same topic.

Apart from being sent back from a tour of Australia that KL Rahul and Hardik Pandya were in the middle of when the episode aired, the duo was later fined Rs 20 lakh each by the BCCI. Ombudsman D.K. Jain directed the players to pay Rs 1 lakh each to the widows of 10 constables in paramilitary forces who had lost their lives on duty.

Pandya and Rahul were also asked to deposit Rs 10 lakh each in the fund created for the promotion of cricket for blind in the country.

However, KL Rahul recently said that his suspension at the time played a major role in him putting in a string of consistent performances and cementing his place in the limited-overs squads for India.

"A lot of credit for my consistent performance goes to how differently I started thinking after 2019. With this suspension and with all that happened, I was tempted or I was in a way wanted to be selfish and play for myself, and I failed. So I told myself I need to go out and do what the team wants me to do," Rahul told 'India Today'.

"We all know our careers are not too long and I realised after 2019 that I probably have a good 12 or 11 years left in me and I need to dedicate all my time and energy towards becoming a player and team man," the 28-year-old stylish Karnataka batsman said.

"That mind-shift really helped and took a lot of pressure off me when I started focusing on wanting to do better for the team and be a part of champion teams and make a difference in the game," Rahul added.