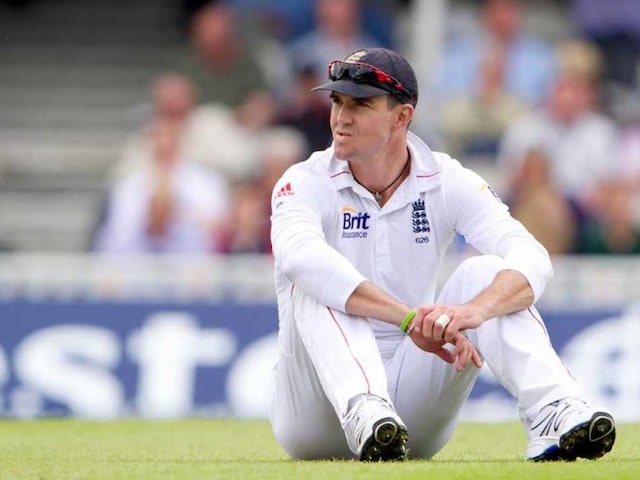 Pietersen says he's grateful for the career he's had with England.© AP

Pietersen, who was controversially dropped from England duty after the whitewash in the Ashes against Australia Down Under, has targeted former coach Andy Flower along with senior players, including skipper Alastair Cook. Pietersen has said Flower was 'Mood Hoover', who could suck the joy out of any room he walked in to. (Vaughan Slams ECB Charges Against Pietersen)

There have been mixed reactions about the sensational book, with many players expressing disappointment at Pietersen's tactics. However, a few former England cricketers have also been left anguished by the way England and Wales Cricket Board handled the whole affair, surrounding its most successful batsman of all time. Pietersen scored 8181 runs from 104 Tests and slammed 4440 runs from 136 ODIs, with a total of 32 international hundreds after making his England debut in 2015. (Kevin Pietersen Slams 'Bullying' Culture)

"I think he's a very bitter man. I think Kevin Pietersen wanted to get rid of Andy Flower when he was the captain as well, so I think there's a little bit of personal vindictiveness in there," Hoggard was quoted as saying in the Daily Mail. (Read:Â Ponting backs Pietersen's claims)

Pietersen had also said he could consider returning to the England side if ECB chief Giles Clarke stepped down. However, Hoggard told Sky Sports News he did not think Pietersen could ever come back to the national team. Â (Also read:Â Pietersen allegations saga rocks English cricket)

Hoggard, who last played for England in 2008, also defended former teammate Matt Prior. The wicketkeeper batsman was branded a bully by Pietersen in his autobiography. ('IPL Spoilt Pietersen')

Comments
Topics mentioned in this article
England Cricket Team Matthew Hoggard Kevin Pietersen Cricket
Get the latest Cricket news, check out the India cricket schedule, Cricket live score . Like us on Facebook or follow us on Twitter for more sports updates. You can also download the NDTV Cricket app for Android or iOS.