Kathryn Bryce, Mushfiqur Rahim Named ICC Players Of The Month For May

The International Cricket Council (ICC) on Monday announced the winners of the ICC Player of the Month Awards for May. 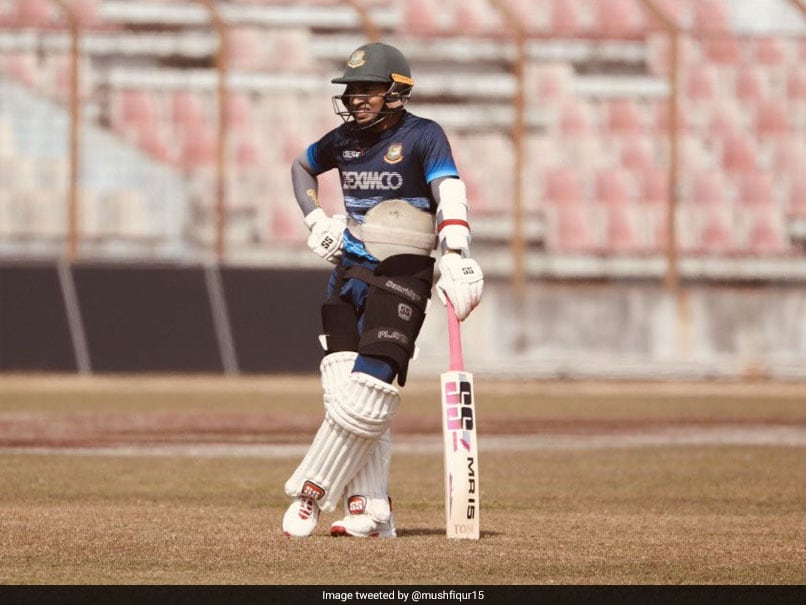 Mushfiqur Rahim scored 237 runs in 3 ODIs against Sri Lanka with the top score of 125.© Twitter

TheInternational Cricket Council (ICC) on Monday announced Scotland's Kathryn Bryce and Bangladesh's Mushfiqur Rahim as the winners of the ICC Player of the Month Awards for May. All-rounder Kathryn Bryce from Scotland was deservingly voted the ICC Women's Player of the Month for May 2021 as she is the first player from Scotland, male, or female, to make it to the top 10 of the batting or bowling lists in the ICC Player Rankings released recently. Kathryn played four T20Is against Ireland where she scored 96 runs and took 5 wickets with an economy rate of 4.76 in the month of May.

Commenting on Kathryn's performance in May, Ramiz Raja representing the ICC Voting Academy said: "Kathryn's all-round game came through in a series that her team lost. She batted with flair and bowled well too and deserved to be the player of the month for May."

Commenting on Rahim's performance in May, VVS Laxman representing the ICC Voting Academy added: "Even after 15 years at the highest level, Mushfiqur has not lost his appetite for run-making. He was at his imperious best in the one-day series at home against Sri Lanka, a picture of consistency with the highlight being 125 in the second match which helped his side secure a winning 2-0 lead in the three-match series. What made his feat even more notable was that it was Bangladesh's first-ever ODI series triumph against the 1996 World Cup champions. To shore up the middle order and don the wicket-keeping gloves speaks volumes of his fitness and skills."

ICC Player of the Month Awards aims to recognise and celebrate the best performances from both male and female cricketers across all forms of international cricket throughout the year.

Bangladesh Cricket Team Cricket Cricket
Get the latest updates on ICC T20 Worldcup 2022, check out the Schedule and Live Score. Like us on Facebook or follow us on Twitter for more sports updates. You can also download the NDTV Cricket app for Android or iOS.