Bangladesh wicketkeeper-batsman Mushfiqur Rahim was caught on stump mic, instructing his bowler to push the non-striker if he came in front of him. 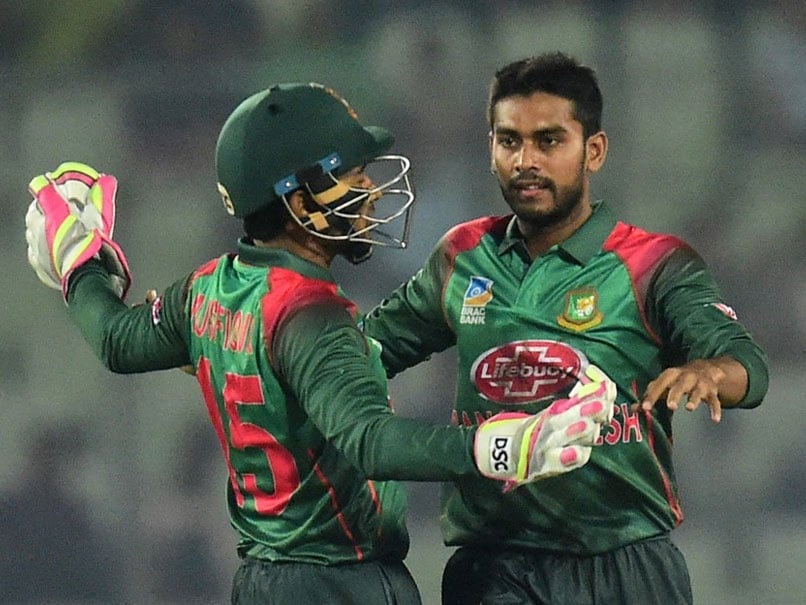 Mehidy Hasan picked up three wickets and gave away 28 runs in his quota of 10 overs.© AFP

Mushfiqur Rahimlaid the platform for a series-clinching win for Bangladesh against Sri Lanka in the second One-day International(ODI) of the three-match series on Tuesday with a fine century. However, more than the wicketkeeper-batsman's heroics with the bat, his antics from behind the stumps became the talk of the town after a video of him started doing the rounds on social media in which Rahim can be heard asking his bowler to push the non-striker down, if he comes in front. "Push him to the ground, if he comes in front," the stump mic caught Rahim instructing off-spinner Mehidy Hasan in Bengali during the second ODI between Bangladesh and Sri Lanka.

In the match, Rahim smashed 125 runs off 127 deliveries to help the hosts reach 246 before being all out in the 49th over.

Dushmantha Chameera was the pick of the bowlers for Sri Lanka, finishing with figures of three for 44.

In reply, Sri Lanka kept losing wickets at regular intervals and were 126 for nine after 38 overs before rain stopped play at the Sher-e-Bangla stadium in Dhaka.

After the rain break, Sri Lanka's innings was reduced to 40 overs and the visitors were set an impossible target of 119 runs in two overs.

Sri Lanka lost the rain-affected match by 103 runs as Bangladesh took an unassailable 2-0 lead in the three-match series.

The third and final ODI of the series will be played at the same venue on Friday.

Mehidy Hasan Cricket
Get the latest updates on IPL Auction 2023 and check out  IPL 2023 and Live Cricket Score. Like us on Facebook or follow us on Twitter for more sports updates. You can also download the NDTV Cricket app for Android or iOS.