The England and Wales Cricket Board said the physical and mental well-being of the players and support staff was paramount. 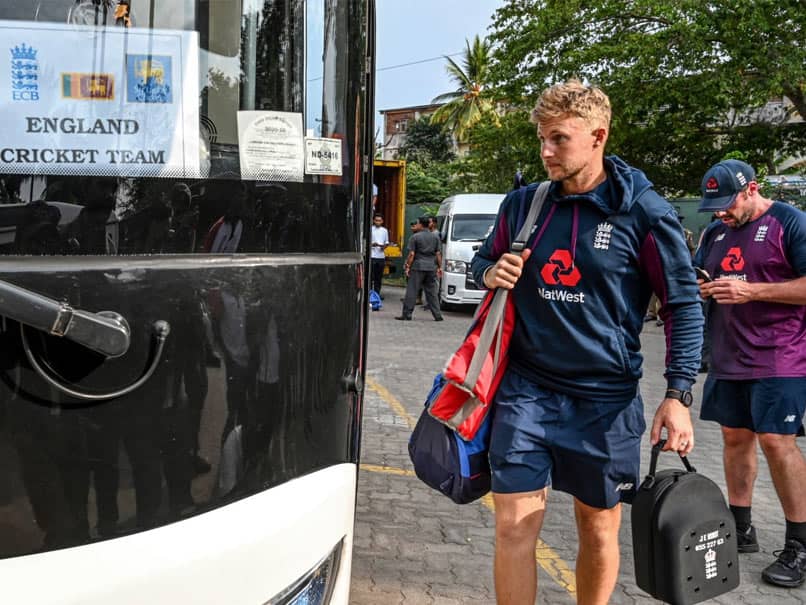 England Test captain Joe Root has backed the decision to abandon the Test tour of Sri Lanka over the coronavirus pandemic, saying the players' minds were "elsewhere". A practice match in Colombo was halted on Friday and the team announced they would be flying back to London. The two-Test series, which was due to start in Galle on March 19, has been postponed.

The England and Wales Cricket Board said the physical and mental well-being of the players and support staff was paramount.

"There was an element of relief. The right decision has been made," Root told the BBC.

"You could see looking at the players that their minds were elsewhere thinking about people back home. Now that we can go and look after families and be with loved ones, that's put a lot of guys at ease."

The skipper said there had been a lot of talk about the virus in the dressing room and it had started to overshadow the cricket.

"Looking at how quickly things have happened at home, you're thinking about family and friends who might be a bit more vulnerable and that's hard when you're a long way away.

"It was clear it was getting in the way of performance and affecting the mental well-being of the guys."

New Zealand abandoned their one-day tour of Australia on Saturday after Wellington tightened border restrictions to combat the spread of coronavirus.