Glenn Maxwell lived up to his reputation as one of the best fielders in the world with couple of brilliant efforts in the field during the JLT Cup semis. 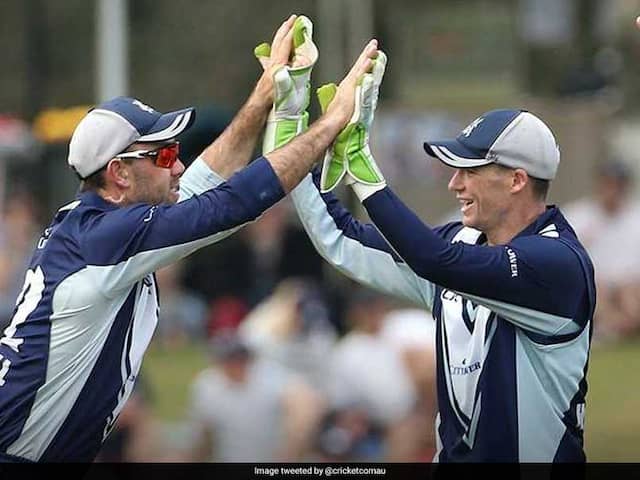 Glenn Maxwell is regarded as one of the best fielders in the world and on Sunday he lived up to his reputation with a run-out and two catches, including a one-handed stunner, during the second semi-final of the JLT One-day Cup at Melbourne. Playing for Victoria, Maxwell failed to fire with the bat, dismissed for seven by Nathan Coulter-Nile. But the Australian star more than made up with some electric fielding during Western Australia's innings. Victoria went on to beat Western Australia by 63 runs and march into the final where they will face Tasmania on Wednesday.

Maxwell's run-out to dismiss Western Australia's captain Ashton Turner was a special effort in the field but one piece of fielding that stood out during the semi-final was his one-handed catch that sent Usman Qadir packing and brought down the curtains on the match.

The catch was an exceptional effort, but fans were quick to point out Maxwell's casual reaction after taking the one-handed stunner.

Glenn Maxwell making it look easy as the Vics seal victory to book a spot in Wednesday's #JLTCup final against Tasmania!

The defending champs WA have been knocked out. pic.twitter.com/a4dETIXkPR

Meanwhile, on the international front, Maxwell has faced some recent disappointments. The all-rounder was omitted from Australia's Test squad for the two-Test series against Pakistan in the United Arab Emirates and also the preceding 'A' tour of India.

Former Australia captain Ricky Ponting didn't hold back in his assessment of the selection decision. Speaking to cricket.com.au, Ponting said that Maxwell has been disadvantaged by not being given the chance to impress selectors on the A tour.

"If I was Maxi I'd be thinking, 'why didn't you give me the chance to actually go there (to India) and push my case to get myself into the team?'" Ponting told cricket.com.au.

"That's all a bit bizarre to me. If I was Maxi and I hadn't been given the chance to play for Australia A, I'd be ropeable.

"They didn't pick him on that Australia A tour and they've said they've seen him play enough in those conditions and knew what he could do.

"But if you think about it now, that must have actually meant they weren't going to pick him at all. He didn't even come into calculations for that Test tour.

Uncapped pair Marnus Labuschagne and Travis Head were both selected for the Test series against Pakistan, ahead of Maxwell after impressing during the Australia A tour in India.

"With Marnus and Travis Head going on that A tour, they gave them the opportunity to play in those conditions, they've done well and then they picked them (for the Test squad).

"I'm not sure what the message is, but it's a bit confusing to me."