PCB authorities have been quoted as saying that they got positive response from Ireland and Sri Lanka for tours to Pakistan. The terror attack at Jinnah International Airport though has cast a shadow on cricket in the country once again.

Uncertainty looms over the planned tours by Ireland and Sri Lankan cricket teams to Pakistan this year following the terrorist attacks at the Karachi airport.

"We were going to sign an agreement with the Ireland cricket body on the sidelines of the ICC executive board meeting in Melbourne this month. They had agreed to come and play three one-day internationals in Lahore in September," a senior official of the board told PTI. (Also read: Gibbs, Oram refuse to play invitational T20 match in Karachi)

"We had also got positive vibes from Sri Lankan cricket authorities about the invitation we sent them last month to come and play a short one-day series anytime this year. But now, after this attack, it would be fair to say these projects appear very dim," the official added. 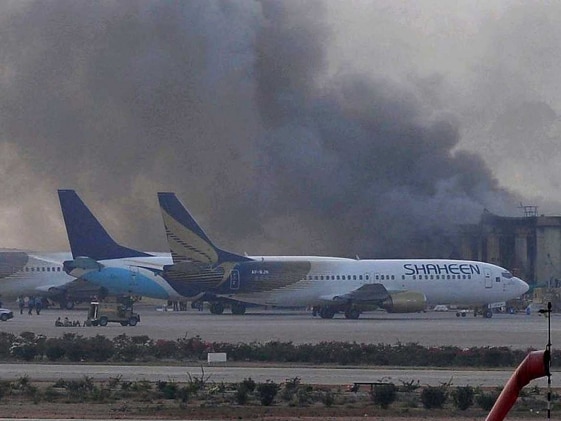 He said the idea to invite Ireland came about as the board was keen to have some sort of international cricket in Pakistan.

"The English and Wales Cricket Board (ECB) Chairman Giles Clarke had played a part in helping us in this project and convincing Ireland it was safe to play in Pakistan and we would provide them top security. But now it appears everything has gone down the drain," he said.

No Test team has played in Pakistan since March 2009, whene militants attacked the Sri Lankan team in Lahore in which six Pakistani policemen and a van driver were killed and some of the visiting players also wounded leading to abandonment of the tour.

PCB chairman Najam Sethi had in recent press interactions hinted at giving some good news to Pakistani cricket fans and supporters and insisted the board was making serious efforts to get international cricket back to Pakistan.

Another official said the Sri Lankans had also reacted positively to the invitation sent to them.

"Now we have to start afresh and this incident also means that now when we go to the ICC meeting to sign bilateral agreements with different boards for the next five to eight years it will be hard convincing them to keep the option of playing in Pakistan open," the official said.

He said Pakistan had negotiated well with some boards who had agreed to play bilateral series as part of the new FTP calendar.