"I Don't Know Where To Start": Jimmy Neesham Stumped By A Tweet

Jimmy Neesham was asked an incredible question and was stumped as the interaction took fantastic proportions. 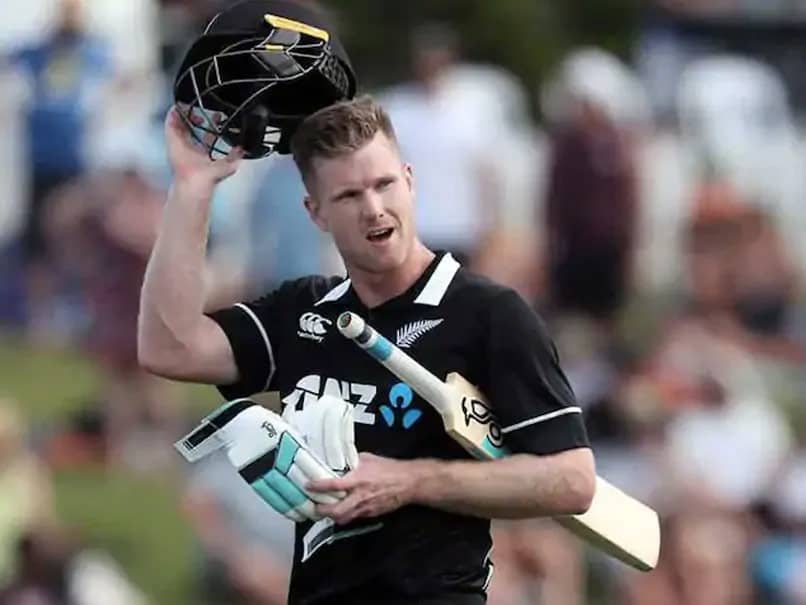 Jimmy Neesham will turn out for Kings XI Punjab in IPL 2020.© AFP

The wide world of Jimmy Neesham has many characters: all 280 of them on Twitter. Known for quirky remarks and incandescent humour, Neesham's Twitter profile is often a centre of attraction for lovers of cricket and sarcasm alike. But even Neesham was stunned by a bizarre reply to one of his tweets where a Twitter user asked the cricketer if he was being paid more by NASA than by the Indian Premier League (IPL). The cricketer, quite smart with his responses most of the time, was speechless at the remark.

There's so much wrong with this tweet I don't even know where to start. https://t.co/dhDn2KPlau 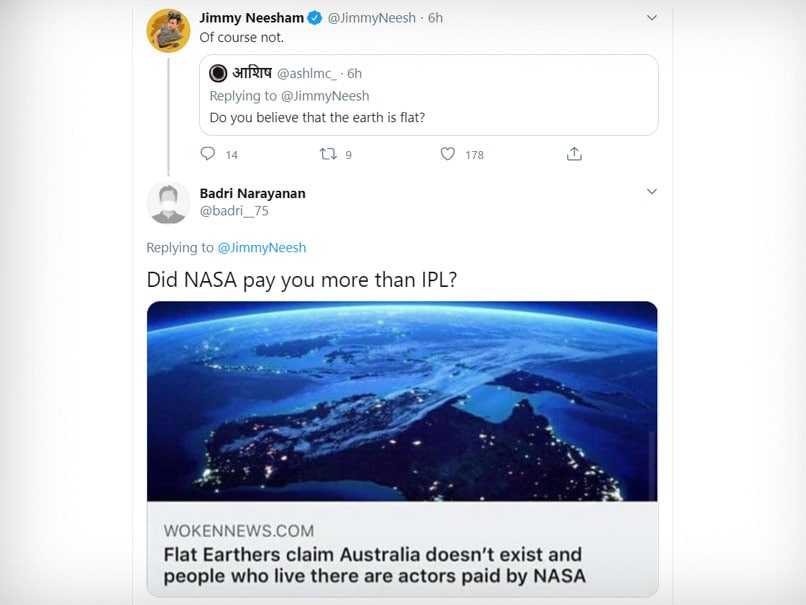 “There's so much wrong with this tweet I don't even know where to start,” Neesham replied to the tweet.

It all began when another user asked the New Zealander if he believed the earth was flat. When the obvious answer – “Of course not” – came, this user went on to ask: “Did NASA pay you more than IPL?”

The user attached a screenshot of an article on the web headlined “Flat Earthers claim Australia doesn't exist and people who live there are actors paid by NASA.”

Neesham is leaving for the UAE next week to link up with Kings XI Punjab, his IPL team, ahead of the 13th season of the league, but before he could step on to the field and face a delivery, he had been stumped in the other field he's gained mastery in – Twitter threads.

The IPL begins from September 19 and will run until November 10.

James Neesham Cricket
Get the latest updates on IPL 2020, check out the IPL Schedule for 2020 and Indian Premier League (IPL) Cricket live score . Like us on Facebook or follow us on Twitter for more sports updates. You can also download the NDTV Cricket app for Android or iOS.