Jasprit Bumrah took to Instagram on Friday to share a couple of photos with his wife Sanjana Ganesan and thanked fans for all the "love and wishes" the couple received over the past few days. 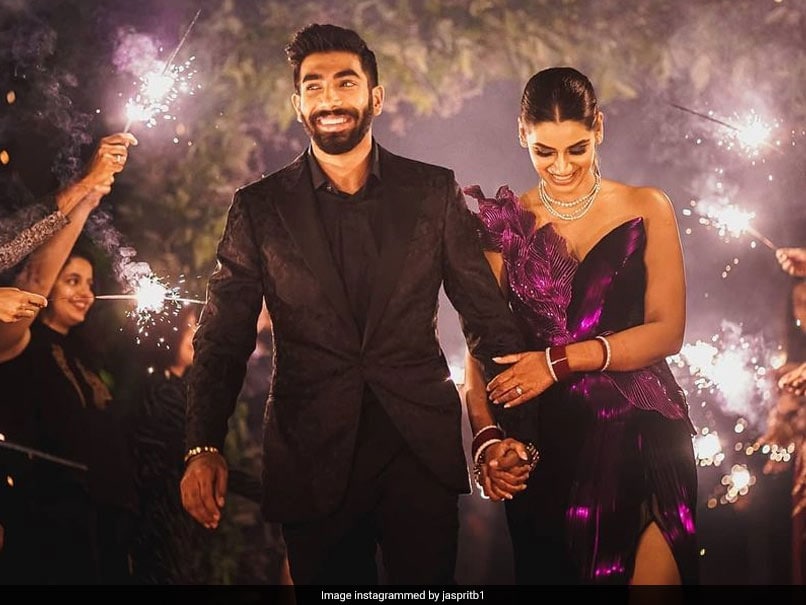 Jasprit Bumrah, who recently married TV presenter Sanjana Ganesan, took to Instagram on Friday to share a couple of photos with his wife and thank fans for all the "love and wishes" the couple received over the past few days. The star India pacer termed the last couple of days as "absolutely magical". "The last few days have been nothing short of absolutely magical! We are so grateful for all the love & wishes we've received. Thank you," Bumrah captioned the images on Instagram.

Burmrah and Sanjana Ganesan announced the news of their marriageon social media by sharing photos from their wedding on March 15.

Bumrah was granted leave ahead of the fourth Test against England by the Board of Control for Cricket in India (BCCI). The pacer was then not included in the 19-member squad for the ongoing T20I series.

In Tests, Bumrah has 83 wickets and five five-wicket hauls to his name at an average of 22.10

In the 50-over format, the Indian pacer has taken 108 wickets at an impressive economy rate of 4.65.

Bumrah burst onto the scene after impressing one and all during an IPL season with Mumbai Indians. The Indian speedster will also miss the upcoming ODI seriesagainst England.

Bumrah is expected to return to the field next month for Mumbai Indians as the five-time IPL champions begin their title defence.