For most of their proud history, the White Rose club -- the most successful side in the 125 years of England's first-class County Championship with 31 titles -- insisted upon selecting only players born in Yorkshire. 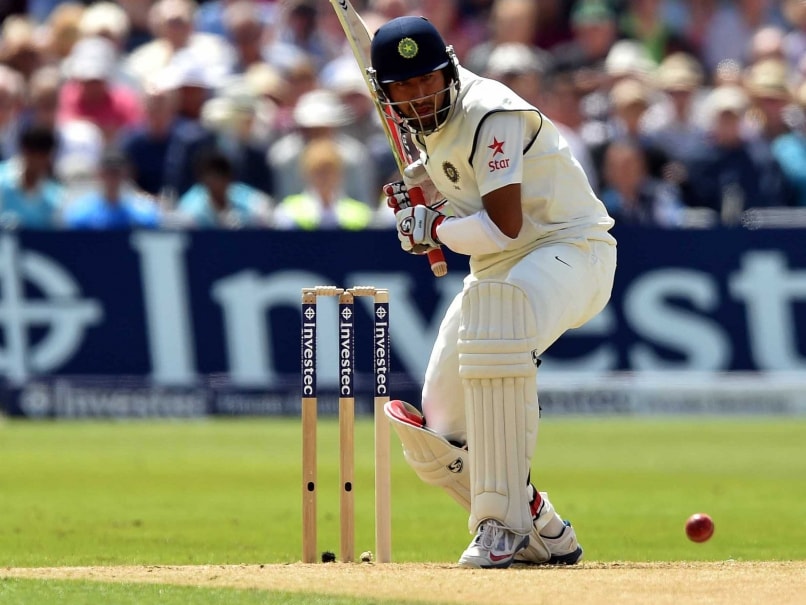 There was a time when the notion of an Australian coach of Yorkshire getting excited by the arrival of an Indian batsman at Headingley would have been unthinkable.

For most of their proud history, the White Rose club -- the most successful side in the 125 years of England's first-class County Championship with 31 titles -- insisted upon selecting only players born in Yorkshire.

But that policy was finally done away with in 1992 when they signed India great Sachin Tendulkar.

Now Yorkshire, the reigning county champions, are about to begin the defence of their First Division title away to Worcestershire on Sunday with another India batsman, Cheteshwar Pujara, in a side coached by former Australia fast bowler Jason Gillespie.

And all that after a move for veteran Pakistan batsman Younis Khan fell through.

Pujara, who averages over 57 in first-class cricket. impressed on India's tour of England last year when the 27-year-old also played for Yorkshire's cross-border rivals Derbyshire.

"We originally signed Younis, but that felt through. This has worked out perfectly for us, to be honest," Gillespie said.

"Having a young player that really wants to prove himself and improve as a player fits in exactly with how we like our overseas players."

Meanwhile Pujara said he was happy to be following in the footsteps of compatriots Tendulkar and Yuvraj Singh.

"When I heard that I was the third Indian cricketer to play for Yorkshire, it was a great feeling and an honour for me," Pujara explained.

But the expansion of the international calendar and the rise of domestic Twenty20 leagues around the world mean the days of the 1970s and 1980s -- when Pakistan batsman Zaheer Abbas (Gloucestershire) or West Indies fast bowler Malcolm Marshall (Hampshire) became synonymous with a county team by playing a whole campaign are long gone.

When Pujara leaves in May, he will be followed in turn by fellow-batsmen Aaron Finch (Australia) and Kane Williamson (New Zealand), with Aussie World Cup-winning all-rounder Glenn Maxwell on Twenty20 duty.

Yorkshire's preference for batsmen can be explained by the fact the top-order trio of Adam Lyth, Gary Ballance and Joe Root -- all currently with England in the West Indies -- are likely to miss large sections of the county campaign because of international calls.

Worcestershire caused resentment among other counties by deploying Saeed Ajmal to good effect last season only for the Pakistan off-spinner's action to be declared illegal.

Now they are set to call upon the services of another spinner who, like Ajaml, been ordered to remodel an illegal action, in Sri Lanka's Sachitra Senanayake.

South Africa paceman Vernon Philander, who struggled with injury during the World Cup, has declared himself fit for Nottinghamshire's opener away to Middlesex this weekend.

"I'm all good now," Philander told BBC Radio. "I've done all the rehab and fitness work to get to where I am today, so I'm ready to go again."

Australian seamers Ben Hilfenhaus (Nottinghamshire) and Jackson Bird (Hampshire) will hope for late call-ups into the Ashes squad in England after being left out of the original tour party.

Surrey fans can look forward to the sight of Sri Lanka great Kumar Sangakkara and Kevin Pietersen batting together as they bid for promotion from the Second Division.

England exile Pietersen will be desperate for the runs he must score to have any chance of a Test recall following the old regime at Lord's decision to ditch him in 2014 following an Ashes whitewash loss in Australia.

"I think Kevin knows he's got a chance if he goes out there and scores runs," said Surrey and England fast bowler Chris Tremlett

Comments
Topics mentioned in this article
YOR Jason Gillespie Cheteshwar Pujara Cricket
Get the latest updates on ICC T20 Worldcup 2022 and CWG 2022 check out the Schedule, Live Score and Medals Tally. Like us on Facebook or follow us on Twitter for more sports updates. You can also download the NDTV Cricket app for Android or iOS.