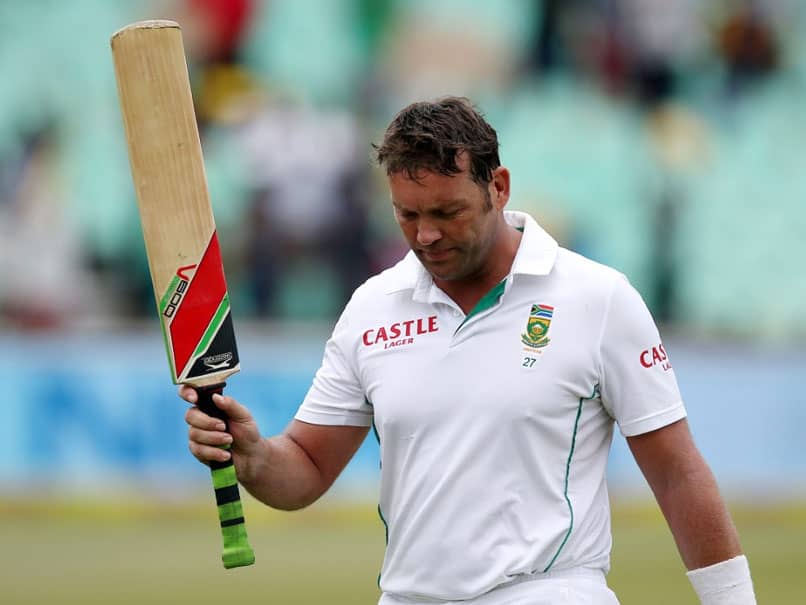 Jacques Kallis holds the record of winning most Player of the Match awards in Tests.© AFP

Legendary South Africa all-rounder Jacques Kallis, former Australia women's team captain Lisa Sthalekar and Pakistan batting great Zaheer Abbas were inducted into International Cricket Council (ICC) Hall of Fame on Sunday. Announcing the decision on their social media channels, the ICC highlighted each of the three players' achievements in international cricket. Kallis whose international career lasted nearly two decades is one of the most prolific all-rounders to have played the game and his stats speak volumes of his prowess with both bat and ball.

10,000 runs and 200 wickets in both Tests and ODIs
Record 23 Player of the Match awards in Tests
South Africa's highest run-getter in Tests and ODIs
An all-round legend pic.twitter.com/5sDPlaCcQX

A true ambassador of the game! pic.twitter.com/Qt3ZKVH11f

An icon of the sport! pic.twitter.com/SQ8FvEta9g

"It's a great honour to be inducted into the ICC Cricket Hall of Fame. It is something that I never expected when I started playing. I certainly did not play the game for any accolades or anything like that, I only wanted to win the games for whoever I was playing for," Kallis said in an ICC press release.

Former Australia women's team captain Lisa Sthalekar was the second player to be inducted in to the ICC Hall of Fame. Sthalekar, the first women player to complete the ODI double of 1,000 runs and 100 wickets, won two women's ODI World Cups and as many T20 World Cups.

Sthalekar said never thought in her wildest of dreams about getting such an honour and join the greats of the game in such an elite list. She also thanked her teammates and family members for helping in her journey.

"I am deeply humbled to receive this honour. Never in my wildest dreams did I believe that I would ever get to join such an illustrious group of players," Lisa Sthalekar said.

The third and last player to be inducted in the prestigious hall of fame list was former Pakistan batsman Zaheer Abbas. Highlighting some of his achievements, the ICC wrote that he was the first batsman to score five hundreds in successive international matches.

"Thank you cricket" is how Zaheer Abbas descried his feeling after the announcement.

"I feel privileged and truly humbled to be inducted into the ICC Cricket Hall of Fame of the class of 2020. I am excited to be in the midst of other illustrious cricketers," said Zaheer Abbas.

Pakistan Cricket Team
Get the latest updates on India vs England Series, India vs England , live score and IPL 2021 Auction . Like us on Facebook or follow us on Twitter for more sports updates. You can also download the NDTV Cricket app for Android or iOS.