IPL 2021: Nathan Coulter-Nile Not Surprised Over Being Released By Mumbai Indians 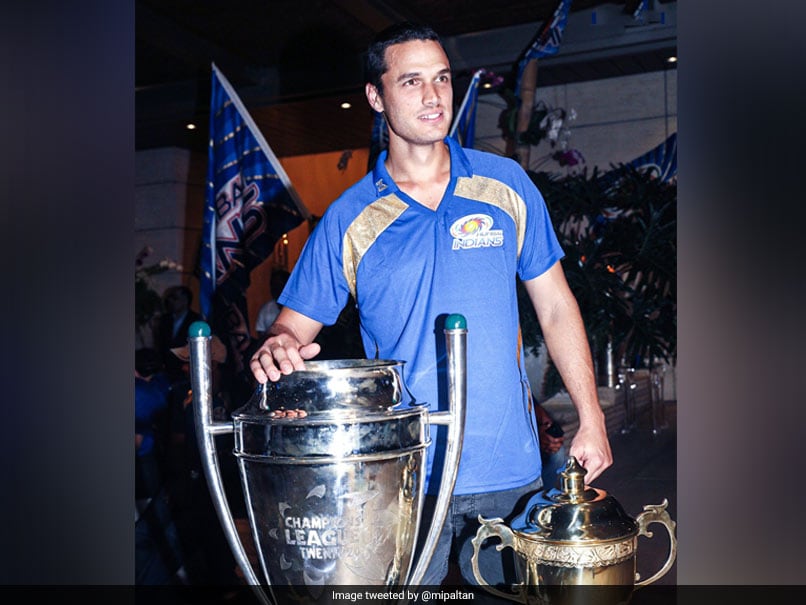 IPL 2021: Nathan Coulter-Nile will be hoping to get picked again this year.© Twitter

Australia's Nathan Coulter-Nile said he is not surprised over being released by the Indian Premier League (IPL) franchise Mumbai Indians, admitting that he was expecting that to happen. Coulter-Nile is currently playing for Big Bash League (BBL) franchise Melbourne Stars. On Wednesday, Melbourne Stars suffered a five-wicket defeat after Renegades chased down the 159-run target. During the match, Coulter-Nile bowled the 19th over, conceding 19 runs which made it easy for Renegades to chase the target as they then needed just six runs from the final over.

"Yep, that was good. Just got smacked in the 19th [over], get off the field and get told I'm being flicked, get the email," ESPN Cricinfo quoted Coulter-Nile as saying.

Defending champions Mumbai Indians on Wednesday retained their core-group and released seven players including Coulter-Nile and James Pattinson for the 2021 edition of the IPL.

Record five-time IPL title holders now have 18 players in their squad with seven spots open which can be filled in the mini-auction. MI can pick as many as four overseas players for the next season.

Mumbai has backed their core players which enabled them to lift the IPL trophy in back-to-back seasons.With skipper Rohit Sharma and Quinton de Kock at the top, hard-hitting Australian batsman Chris Lynn is a solid back-up option for the team.

MI's uncapped batsmen have performed exceptionally well in the middle order. Suryakumar Yadav and Ishan Kishan will hold the mantle for number three and four while the likes of 2010 Emerging Player of the Season Saurabh Tiwary, Punjab batter Anmolpreet Singh and Mumbai veteran Aditya Tare serve as dependable middle-order options. Not to forget, Tare along with de Kock and Kishan, is a full-time wicket-keeper too.

Kieron Pollard, Hardik Pandya and his brother Krunal Pandya will be ready for another season of fireworks with their dual abilities. Jasprit Bumrah and Trent Boult will return for another season of new-ball magic. Local boy Dhawal Kulkarni and UP's left-arm sensation Mohsin Khan are the domestic options for Mahela's men.

However, Lasith Malinga has decided to retire from franchise cricket. The Sri Lankan speedster informed his decision to the Mumbai Indians management earlier this month, making himself unavailable for the champion side's retention wish list.

Nathan Coulter-Nile Cricket
Get the latest updates on IPL Auction 2023 and check out  IPL 2023 and Live Cricket Score. Like us on Facebook or follow us on Twitter for more sports updates. You can also download the NDTV Cricket app for Android or iOS.