Kolkata Knight Riders' second Indian Premier League title in three years was quite a special one. Not only did they win an edge-of-the-seat thriller, the three-wicket victory came with a flurry of records that underlined how the team peaked at the right time. The final also threw up unexpected heroes and Kolkata produced more than one in a humdinger of a contest. (Celebration pics) Kolkata denied Kings XI Punjab their first IPL title but George Bailey's team were the moral victors after entertaining fans both in UAE and India. If the big boys were expected to dominate the mouth-watering clash between Kolkata and Punjab, the script did not unfold as expected. (Highlights)

Punjab's Wriddhiman Saha, the diminutive Bengal wicket-keeper-batsman, was least expected to score a century and young Manish Pandey put his hand up for KKR after the fancied batsmen like Robin Uthappa and Gautam Gambhir failed to score. (Scorecard) 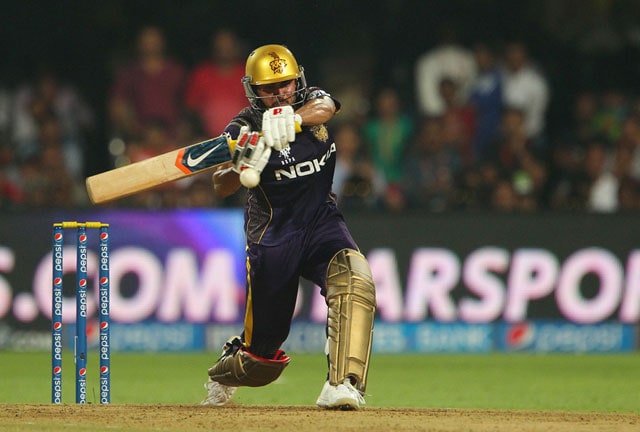 Almost every edition of the IPL has exposed fresh Indian talent and while Pandey was relatively an 'established' name, Saha proved to be Punjab's most-utility man, capable of batting at any position and under every situation. (Read: Manish Pandey, Kolkata's Knight in Shining Armour)

Kolkata's win came with a flurry of records. When a team wins a record nine matches on-the-trot, there is something special about it. Winning is a habit and to protect it is even more difficult. And therefore to clinch a nerve-wracking final in the last over needs conviction and belief.

T20 throws up unlikely heroes and in unexpected roles. Leg-spinner Piyush Chawla's five-ball 13 with a decisive six and a four was a classic example. Luck of course smiled on Kolkata. But then luck always smiles on the brave. Chawla was strong enough to look Mitchell Johnson and Parvinder Awana in the eye, pick the length and swing his bat in almost copybook style. The result was awesome!

Kolkata's 200 for seven was the second highest in an IPL final, next only to Chennai Super King's 205 for five against Royal Challengers Bangalore at Chepauk on May 28, 2011. Kolkata's total was also the highest successful chase not only in an IPL final, but in all Twenty20 grand finales. The previous highest was 198 by Wayamba versus Ruhuna at Colombo's Premadasa Stadium on July 31, 2011.

The previous highest by a team chasing in an IPL final was also recorded by Kolkata (192/5) vs Chennai (190/3) at Chepauk on May 27, 2012. Kolkata's aforesaid total is their highest in an IPL game while chasing.Â  Of the four totals of 200 or more by Kolkata, two have been recorded against Punjab -- their first being 200 for three at Kolkata on April 4, 2010.

Statistics don't lie and KKR's consistency with numbers establishes themselves as the best 'team' in IPL 2014.

Skipper Gautam Gambhir, whose personal form ran a sine curve, correctly attributed the triumph to team effort. "Where we were after first seven games, not many people thought we would be here," Gambhir said, adding: "Boys absorbed a lot of pressure, a lot of credit needs to go to the team." (Read: Gambhir happy to prove naysayers wrong)


Pragmatic Gambhir certainly never expected a Manish Pandey or a Piyush Chawla to stand and deliver on D-Day. This is the beauty of T20 cricket.