Nitin Menon, who has officiated in three Tests, 24 ODIs and 16 T20Is, is only the third Indian to make it to the ICC Elite Panel of Umpires. 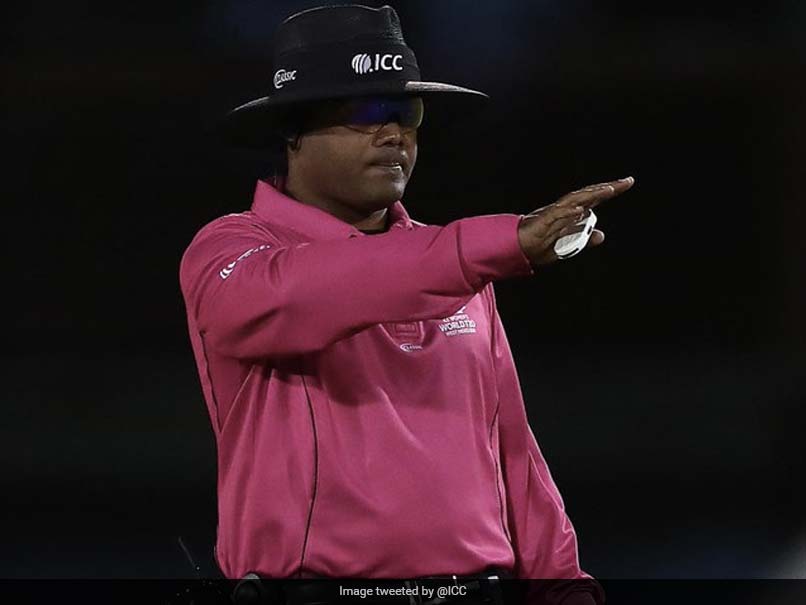 Nitin Menon said that it was a great honour and matter of pride to be named in the panel.© ICC/Twitter

India's Nitin Menon was on Monday included in the International Cricket Council's Elite Panel of Umpires for the upcoming 2020-21 season, replacing England's Nigel Llong. The 36-year-old, who has officiated in three Tests, 24 ODIs and 16 T20Is, is only the third umpire from India to make it to the prestigious panel after former captain Srinivas Venkatraghavan and Sundaram Ravi, who got the axe last year. A selection panel comprising ICC General Manager (Cricket) Geoff Allardice (Chairman), former player and commentator Sanjay Manjrekar, and match referees Ranjan Madugalle and David Boon, picked Menon, who was earlier part of the Emirates ICC International Panel of Umpires.

"It's a great honour and matter of pride for me to be named in the Elite panel. To be officiating regularly along with the leading umpires and referees of the world is something that I always dreamt of and the feeling has yet to sink in," Menon was quoted as saying in an ICC statement.

"Having already officiated in Tests, ODIs and T20Is as well as in ICC events, I understand the great responsibility that comes with the job. I look forward to the challenges and will do my best at every opportunity I get. I also feel this is a responsibility on me to take Indian umpires forward and help them by sharing my experiences.

"I would like to take this opportunity to thank the Madhya Pradesh Cricket Association, BCCI and ICC for their support and believing in my ability over the years. I would also like to thank my family for their sacrifices and unconditional support throughout my career," Menon added.

"Nitin has come through our pathway system with very consistent performances. I congratulate him for being selected to the Elite panel and wish him continued success," Adrian Griffith, ICC Senior Manager - Umpires and Referees, said in the ICC statement.

Comments
Topics mentioned in this article
International Cricket Council Cricket
Get the latest updates on ICC T20 Worldcup 2022, check out the Schedule and Live Score. Like us on Facebook or follow us on Twitter for more sports updates. You can also download the NDTV Cricket app for Android or iOS.