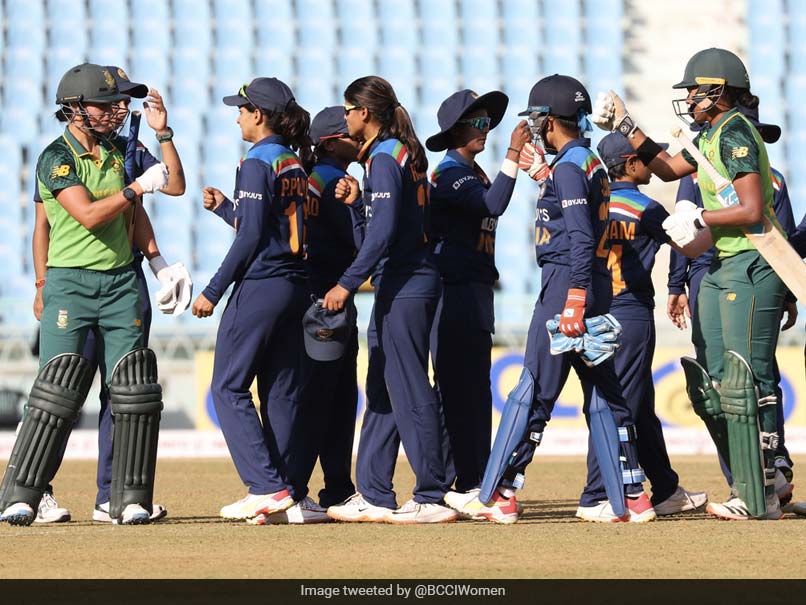 South Africa Women beat India in the 4th ODI to take an unassailable 3-1 lead in the series.© Twitter

Former South Africa skipper and Cricket South Africa Director of Cricket Graeme Smith heaped praise on the women's side after they scripted a series win over India on Sunday with a match to spare. South Africa took an unassailable 3-1 lead in the five-match series as they beat India by seven wickets in a record chase at the Ekana Cricket Stadium in Lucknow on Sunday. The visitors won the first and third game by eight wickets and six runs (DLS Method) respectively, before their latest win, which helped them emulate their series success over the Indians on their 2014 tour.

Smith feels winning a series in India is a "massive achievement" that cannot be understated. The former men's skipper also highlighted how the side is growing from strength to strength.

"Congratulations to the Proteas for a fantastic series win in India. It is one of the most difficult places in the world to tour and for our players to go there and beat the hosts in their own back yard, with a match to spare is a massive achievement, which cannot be understated," said Smith in CSA release.

"We have seen coach Hilton take his team to New Zealand last year and win a series. They followed that up by beating Pakistan at home in January and now they have gone to India and won a third ODI series in succession. It shows the immense growth of this team. They are really beginning to blossom at a time when the women's game is also growing and we are extremely happy for them."

Lizelle Lee (63), Mignon du Preez (61), and Lara Goodall (59*) starred with the bat for the Proteas as they chased down a stiff target of 267 with eight balls to spare. This is also the highest run-chase ever recorded by the Proteas women's side.

CSA Acting Chief Executive Officer, Pholetsi Moseki added: "What a proud day it is for all South Africans. The Proteas have done a sterling job to beat India Women in India. To have done it in 2014 was an amazing feat, but then to come back and do it again a few years later is just an amazing achievement.

"We must also remember they are without their injured captain Dane van Niekerk, but in her absence we have seen others like stand-in captains Sune Luus and Laura Wolvaardt both shine. Lizelle Lee has been incredible with the bat and the support received from those around her like Lara Goodall, Mignon du Preez, and the bowlers is really commendable," he added.

India and South Africa will now take on each other in the fifth and final ODI at the same venue on Wednesday.