India Women vs South Africa Women, World Cup 2022 Highlights: South Africa emerged victorious by three wickets in a last-over thriller against India in Christchurch on Sunday. The loss meant India failed to qualify for the semi-finals as West Indies edged them in the points table by one point. 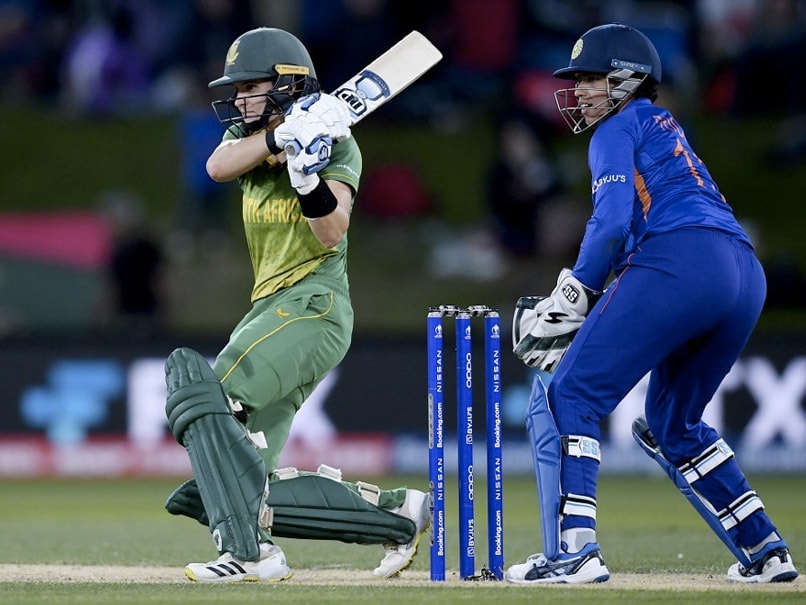 ICC Women's World Cup, India Women vs South Africa Women, Highlights: South Africa emerged victorious by three wickets in a last-over thriller against India at the Hagley Oval in Christchurch on Sunday. The loss meant India failed to qualify for the semi-finals as West Indies edged them in the points table by one point. Needing 7 runs off the last over, Deepti Sharma kept things tight before claiming a wicket on a no-ball, resulting in a free-hit. The South African batters made full use of it and won the match with on the last ball. Mignon du Preez remained not out on 52 and played a crucial part in the run-chase. Australia, South Africa, England, West Indies make the final four and will play the semis. (SCORECARD)

Harmanpreet Kaur was a huge positive for India in all the fields of the game, as she took two crucial wickets, inflicted two brilliant run-outs and also scored 48 with the bat to put on a splendid all-round performance. Batting first, Shafali Verma, Smriti Mandhana and Mithali Raj scored individual fifties to help India post 274/7 in 50 overs. Two changes were made each for India and South Africa in their respective final XIs. Meghna Singh came in for Jhulan Goswami while Deepti Sharma in for Punam Yadav and for South Africa, Lara Goodall came in for Tazmin Brits while Masabata Klaas is in for Tumi Sekhukhune.

Get alerts for live updates
Turn on notifications to receive alerts as stories develop in real-time. You can manage alerts in your app's settings.
Comments
Topics mentioned in this article
India Women vs South Africa Women, Match 28

South Africa Women Live Score Live Cricket Score Live Blogs Cricket Cricket
Get the latest updates on IPL Auction 2023 and check out  IPL 2023 and Live Cricket Score. Like us on Facebook or follow us on Twitter for more sports updates. You can also download the NDTV Cricket app for Android or iOS.