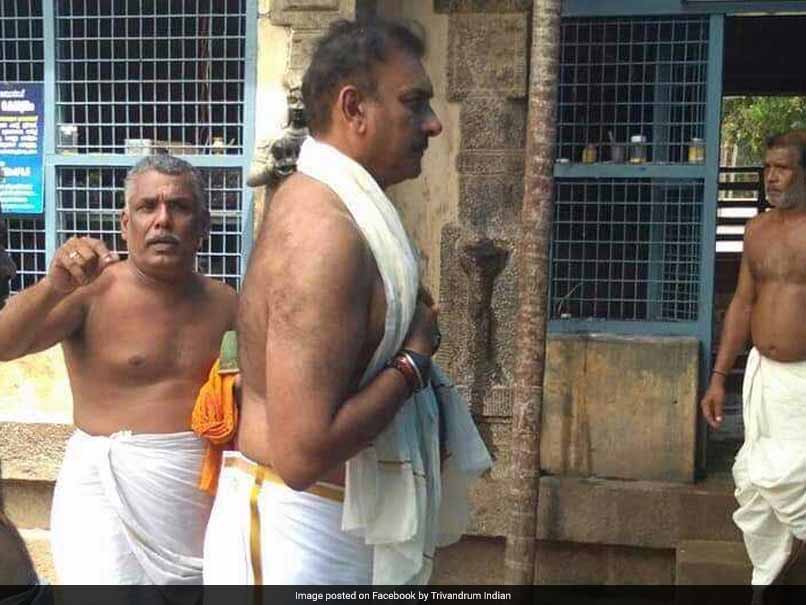 Ravi Shastri, coach of the Indian cricket team, and star opener Shikhar Dhawan sought some divine help ahead of the third and final T20I at Greenfield International Stadium in Thiruvananthapuram. Shastri and Dhawan visited the Padmanabhaswamy Temple in Thiruvananthapuram, offering their prayers and spending some time at the famous shrine before making their way back to join the other members of the team. With the series level at 1-1 and the Kiwis flying high, India will need all the help they can get in the deciding T20I.

Images of Dhawan and Shastri were posted on a Facebook page by the name of Trivandrum Indian.

The Indian batsmen failed to come to the party in Rajkot. Only Virat Kohli and MS Dhoni made any real contribution with the bat. The Indian skipper will be hoping that is not the case in the decider in Thiruvananthapuram.

Comments
Topics mentioned in this article
India Cricket Team New Zealand Cricket Team Ravi Shastri Shikhar Dhawan India vs New Zealand Cricket
Get the latest updates on IPL Auction 2023 and check out  IPL 2023 and Live Cricket Score. Like us on Facebook or follow us on Twitter for more sports updates. You can also download the NDTV Cricket app for Android or iOS.