India vs New Zealand: Kane Williamson Says They Were Not Good Enough In The Deciders

New Zealand lost both the ODI and T20I series by 2-1 margins. 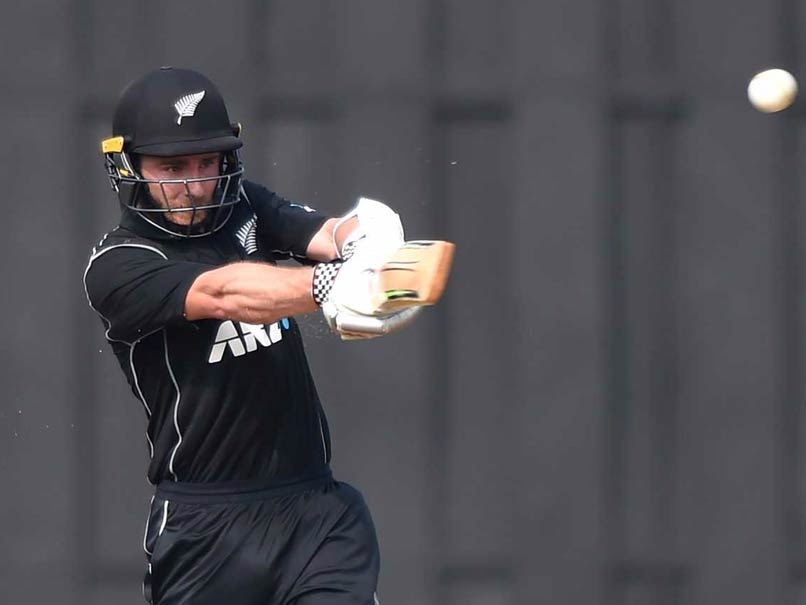 New Zealand skipper Kane Williamson conceded that his team weren't good enough in both the deciding rubbers after succumbing to a 2-1 loss against India in both the ODI and T20I series. "In both of them (deciders), we were very good, just not quite good enough. Both of them came down to the last couple of balls and when that is the case it's such small margins. On a whole as a group we're trying to constantly improve and we saw that in this series," Williamson told reporters after the rain-shortened game on Tuesday night.

"As a group, we are trying to constantly improve and get better. We have seen that throughout the series but there's still a long way to go to where we want to be. But we are showing very good signs," he said.

The stylish right-handed batsman said it was a tough series and the two teams played good competitive cricket but was disappointing to lose it at the finish. "Such a fine line, especially in white ball cricket. We saw that in the entire seriesand it was a really tough series where both teams played really good competitive cricket. For a lot of games to come out to the last 2-3 balls makes for good watching but just a shame to be on the wrong side," he said.

The New Zealand skipper praised his players and said Colin Munro and the bowlers, especially the spinners did a great job throughout the series. Munro was one of the gains of the series as he hit 75 off 62 balls in the ODI decider at Kanpur and hammered a ton in Rajkot to set up the Kiwis win in the second T20.

"There were some key contributions throughout. Colin Munro in the second game was outstanding. The bowlers, the spinners in particular, were very good. Collectively the guys went about their business really well. The batting unit has a really nice balance to it," Williamson said.

He said the shortened game made it difficult when it came to planning but there was a need to think on one's feet. "Naturally, when it gets shortened to eight overs, you can sort of plan prior to going out with eight overs and only having to bowl four bowlers. It kind of means that you are not too fluid in how you are going to operate.

"So, the guys coming out were essentially playing death in terms of their batting from ball one. So it was more to do with the surface and what we wanted to finish with today but it's something different because you don't experience it too much, you get 20 overs each and this is something different. You have to think on your feet," he said.

He admitted that the fifth bowler was an issue they were dealing with and also said players were trying to adapt to their roles in the team after New Zealand made changes to their top and middle orders.

"But we certainly know in some conditions, how effective they can be and we saw Colin de Grandhomme throughout the IPL bowl exceptionally well for Kolkata Knight Riders. It is a balancing act on different surfaces. The batting unit has a really nice balance to it but it is just trying to adapt, read the game the best you can and seeing our bowlers adapt well."

Williamson was all praise for the ground staff at the Greenfield Stadium in Thiruvananthapuram and said their efforts made the game possible. "It is great to come here. It is a brilliant stadium by any standards in the world, amazing stadium and yeah a lot of credit goes to the groundstaff. You couldn't expect a perfect pitch with so much weather around with moisture and there was some in the surface and it made it challenging.

Comments
Topics mentioned in this article
India vs New Zealand Kane Williamson Colin Munro Virat Kohli India Cricket Team Cricket
Get the latest updates on IPL Auction 2023 and check out  IPL 2023 and Live Cricket Score. Like us on Facebook or follow us on Twitter for more sports updates. You can also download the NDTV Cricket app for Android or iOS.