The success of the U-17 event emboldened the AIFF to submit a bid for hosting another FIFA tournament in two year's time. 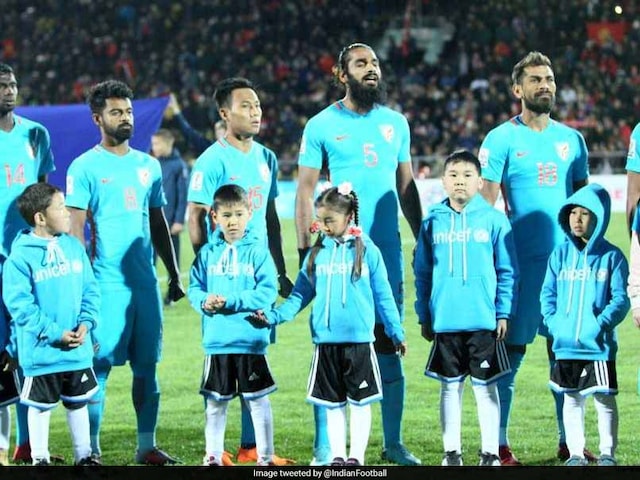 Pipped by Poland in the race to host the 2019 FIFA U-20 World Cup, India is "thinking" of placing a bid for hosting the 2023 AFC Asian Cup and a Woman's World Cup in the near future. India's bid to host the next U-20 tournament ended in disappointment after world football governing body FIFA accorded the status to Poland at its council meeting in Bogota, Colombia earlier this month. "At this stage, you can say we are thinking of bidding for the 2023 Asian Cup, though China has also bid for the tournament. We are also thinking about the Woman's World Cup and other top international events," All India Football Federation (AIFF) said in New Delhi on Tuesday.

The rationale behind seeking to host such tournaments is to keep the buzz around football going and draw the attention of the youth.

"That is a way of attracting attention," AIFF said, adding it could eventually "draw the youngsters" to the ground and give the game a try.

Amid much fanfare, India had submitted its bid for hosting the U-20 tournament after successfully organising the U-17 World Cup last October.

The success of the U-17 event emboldened the AIFF to submit a bid for hosting another FIFA tournament in two year's time.

Both India and Poland fulfilled the most important criteria - of having ready stadia.

With the tournament scheduled to be held around June, Poland emerged as the preferred choice as it will be difficult for the players to play in the scorching Indian summer.

It is believed that is what prompted FIFA to opt for Poland.

The U-20 World Cup has featured players such Diego Maradona and Lionel Messi - who would go on to becomes legends of the game.

While the legendary Maradona played in the 1979 edition in Japan, Messi featured in the 2005 tournament in the Netherlands.

The last edition of the tournament was held in South Korea last year.

Argentina have won the tournament most number of times (six), followed by their South American rivals Brazil, who triumphed on five occasions.

Comments
Topics mentioned in this article
India Football Team Cricket
Get the latest Cricket news, check out the India cricket schedule, Cricket live score . Like us on Facebook or follow us on Twitter for more sports updates. You can also download the NDTV Cricket app for Android or iOS.